I cant believe they did this 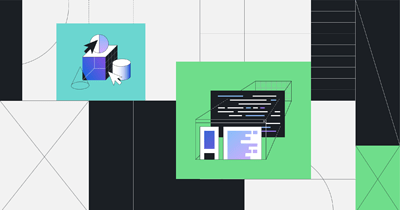 We are archiving Atom and all projects under the Atom organization for an official sunset on December 15, 2022.

They are trashing the project to give space to a cloud based ide with a subscription model. From community driven open source into literally an Adobe. Everything in the internet and cloud based is a big nope from me.

Atom is a text editor ide meant to write code on it, was a open source project kinda like Krita is.

at least someone can fork it and continue the old one.

Hi,
I used Atom in the past, but then I switched to Visual Studio Code, which has (in my opinion) everything I need for my job and hobbies as well. Recently, I installed various Python / QT plugins that helped me as expected for working on my Krita plugin.

Said this, I read with interest the article about Atom’s sunsetting. As far as I understand, basically, they’re not leaving Atom for just passing to a payment system, but they’re leaving a project that has no meaning to continue:
“Atom has not had significant feature development for the past several years… Atom community involvement has declined significantly…” (from their blog)

I tried Atom before moving to Visual Studio Code. Atom is pretty heavy so I did not like very much to use it.

Important modules for it to run things made by the community were already retracted by the user’s of it. So it is already broken so to speak.

I will probably have to leave it. I guess I could try and fork and fiddle with it a bit never did something like that before, I will have to test and see but I doubt I will do anything worth while. Just mess around and break it.

I used it because i find all other ides ugly to the point I can’t stand looking at them let alone code on them. Even atom skin on others look super washed up and meh. For how good they might be I can’t.

I was trying to adjust visual code right now but it has annoying kinks that are “features”. The other one I looked at was sublime text but the cursor is the wrong size for the text size. All others I have been trying I don’t like.

I had stuff that I was doing and I just don’t feel like coding at all now.

I stopped to use it few month ago, it was too buggy & unstable.
I had some difficulties to found another one, I was never satisfied by UI, the Atom one was really pleasant.

Visual Studio Code, it’s a nope for me.
Don’t want to install any Microsoft software on my Linux

→ And I use it at work, so I also know it doesn’t fit my needs

I finally started to work with KDevelop, it doesn’t fit yet to what I expect but it does the job (UI is not polished but i can do with it)
I need to continue to look for an another one but no time for that now

Atom has served me well, but all good things must come to an end.
I’m planing to move to VSCodium (Visual Studio Code without Microsoft.)

Apparently the (a?) founder is working on a ”spiritual successor : Collaborative coding at the speed of thought

Code collaboratively with your team in real time with lightning fast performance in our new editor built from the ground up in Rust.

No idea when it will be out or If it will fit the bill.

Vscodium is really like vscode but strangely feels better to use. It might be the one I end up using.

I am curious about zed but donno how the service will pan out in the end. Strange a Mac app to become multi platform.