Black dog at the beach 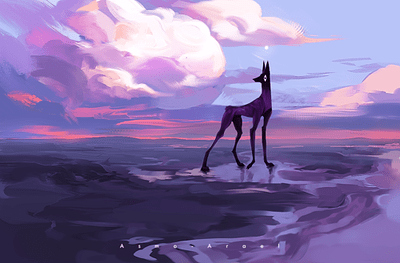 pushing myself to do more backgrounds!

Also I wrote a little tidbit of lore to go with this piece, my english is not 100% perfect so im sorry in advance if there’s some grammar errors

I wish the image was a bit bigger