I download source code, I want to compile Krita.I use half-aotomatic building script for windows, and I have installed python its version is 3.8.1.But there is no python module in the compiled krita, so the plug-in cannot be used. Keep reporting errors in QT, “…has no json”.Who can tell me how to solve this issue.

You say “has no json”, is that a message you get from Qt while compiling, or did you already compiled and run Krita?

At the command line, “perl krita-builid.perl run”, I can open krita,but there is no python moudle in plugins manager of the krita. “has no json” is a message in QT while compiling.

Does the configuration see pyqt5 and SIP?

missing856×124 2.21 KB
I downloaded SIP from the given website. In which directory should I put the downloaded SIP? Now I put sip in the directory “deps-install\bin”.but it doesn’t work.
Python38 is installed on my computer, and the pyqt5 I downloaded is in Lib/site-packages/. In “krita-build.perl”, my $pythonDir = “C:\Program Files\Python38”, but it still doesn’t work.
KnowZero August 1, 2021, 3:17am #6

I remember having a similar issue when trying to do that in a VM.

I either had to add the paths to the env.bat or did a modification in one of the build files to how it finds sip/pyqt5 and hard coded the path.

Unfortunately, I am locked out of VM cause when I did my OS upgrade, I had no choice but to move to Kernel 5.13 which doesn’t work with virtualbox without disabling a kernel setting. And the newest version isn’t on the repo yet so I am out of luck

If that doesn’t help with finding the solution or no one else helps, then at end of weekend if it isn’t on the repo I’ll see what I can do about getting my VM back up, I need it for some stuff soon anyways

You say you downloaded sip from the website. Have you tried just installing sip and pyqt5 with pip? Also what’s your path?

I had issues with this as well. I don’t know what it was but once I made a script to set my path for builds to only what was needed, it worked.

If you’re on Windows, don’t try to install sip or pyqt. You just need Python 3.8. Krita will then compile its own Python later (yeah, it’s necessary). 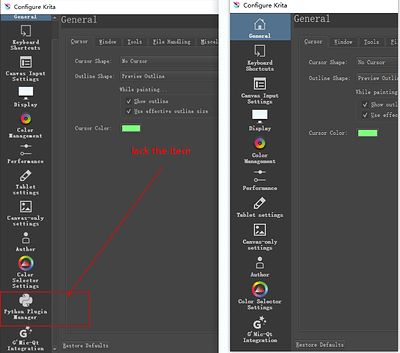 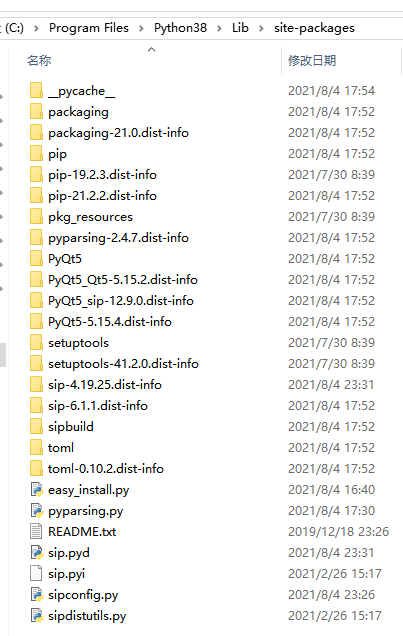 Thanks for your reply.

Thanks for your reply. Do you know why I am missing this item?

You have SIP 6 there, did you end up installing that manually through pip? It should build SIP4 by itself.

Also, can you post what you have for the env.bat ?

For example, here is mine that I was able to compile with from scratch with: 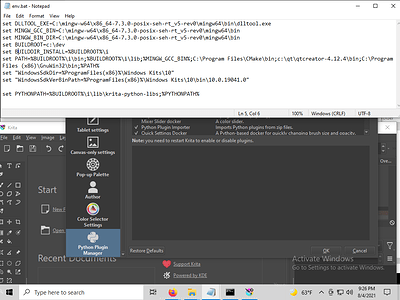 I delete SIP6 from the installation directory .Now it OK. Thanks. 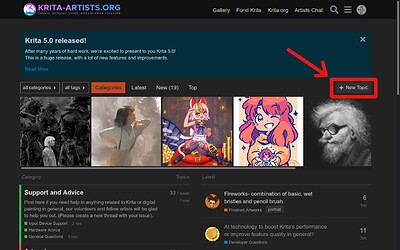