I finally finished new high-quality illustration, and I’m actually quite proud of it. It’s inspired by amazing Tommy Kim studies. I’ve spend a lot of time analyzing his artworks, and I’m so happy it paid off. 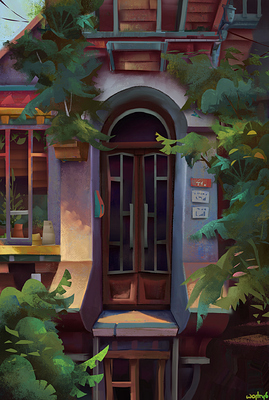 The tenement is floating in the air, as during the process I had this idea of flying from one estate to another. Unluckily the “flying scooters” I designed, weren’t sitting well enough in the composition, so I had to remove them, though the overall concept was fun. 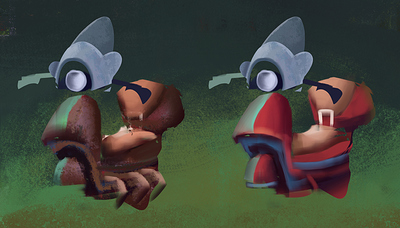 scoot4042×2314 2.26 MB
At the beginning of the process I used the photo I took in my neighborhood. It helped me a lot to start, but it was less and less useful later, when a lot of different elements were added. 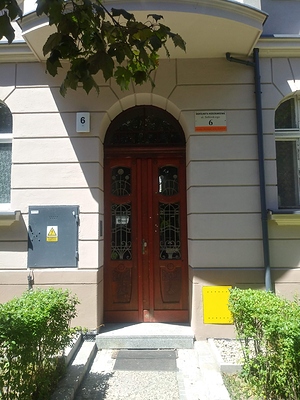 I like the softness, yeah, it looks cozy enough as titled.

Thank you. I’m glad you liked it

Great you think so

Really good. Composition is inviting you to enter or open this door.

Thank you. I’m really glad you liked it

Yes, it needed a lot of preparation, but I guess it was worth it. Thank you

I like everything about this picture. I think your hard work has payed of. Any way, keep up this good momentum.

It did, bu It also occurred quite hard actually to keep up with such a high quality level. But I’m practicing, and hope for more great artworks in the future