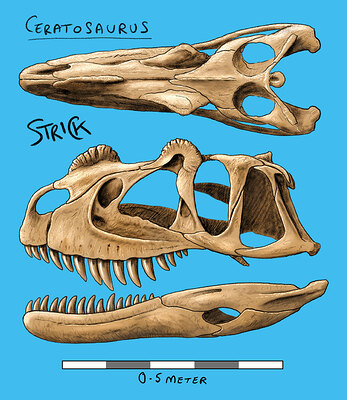 Going to put some W.I.P. stuff up here, I normally work in Blender making 3D dinosaur related stuff but I’d like to focus a bit more on drawing for a while.

Check out Strick67's art on DeviantArt. Browse the user profile and get inspired.

The monitor died on my desktop PC so I’ve been mostly off-grid for the past few weeks. Rather than replace it I got myself a pen display from XP-Pen. It’s only 15.6". At some point I’ll need a new full size screen but my puny 13yr old PC is a bit laggy supporting 2 displays (it’s been tried). 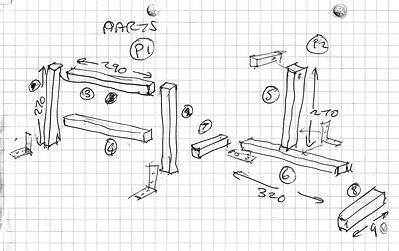 I made a little frame to hold the screen upright for general use but allows it to be unclipped and placed flat when I want to draw with it. It’s a bit of a rough prototype but I’ll probably refine it at some point. 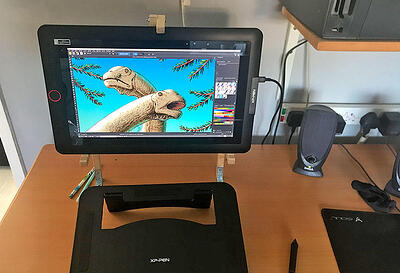 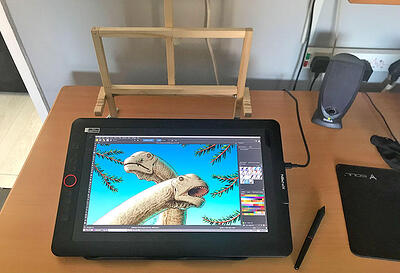 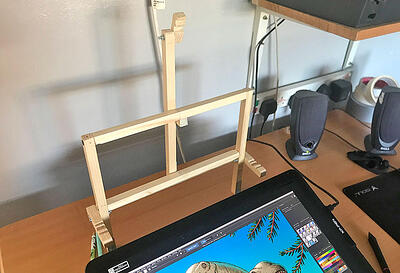 So lately I haven’t done much creatively but I’m sort of up and running again and keen to see how the pen display compares with my Surface-Pro.

As it happens I’m putting the dinosaurs away for a while. My grandson No. 2 now has his own bedroom and he’s asking for a Paw Patrol mural so that’s what I’ll be working on next, designed in Krita of course. I’ve measured the space and I’m gearing up for design and layout.

Seeing as a fitted wardrobe covers one side of the room, I think the best space is the opposite corner next to the door. Probably going to put PP pups on both sides of the corner. 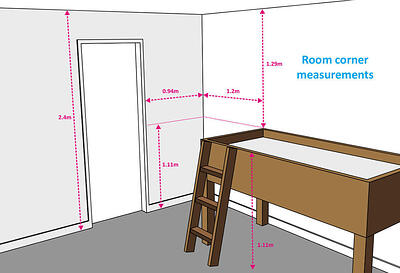 I’ve been familiarising myself with the show and phew! It’s got more characters than one of those Avengers films. Normally I’m not keen on fan art but for the little guy I happily make an execption.

Couple of warm up sketches, just trying to get into the style of the characters. 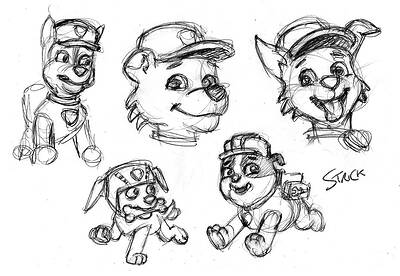 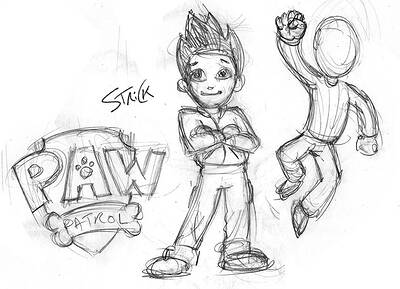 As it’s for a 3yr old I want to keep the image fairly simple with clear separation between the characters. What I’m thinking is having the pups sort of burst out from the corner towards the viewer. 10 figures plus the logo with the option to add more later to the right. Maybe have a starburst effect behind the characters. 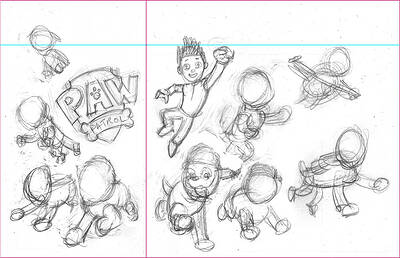 Worked over the sketch to establish the poses. Still not completely familiar with the characters which is why I need the checklist to count them off as I add them 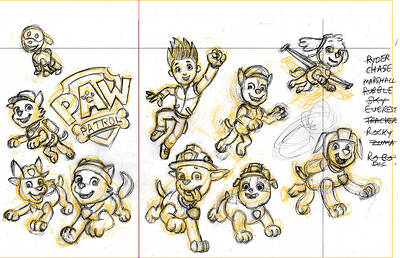 Gaaagh! forgot to take the light switch into account, that was careless of me

.
So I’m adjusting the layout, raising tracker above the switch and moving Rocky to the opposite side above Zuma and under Skye. 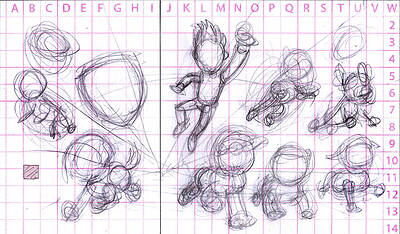 I’ve also divided the area into 100mm squares, want a finer wall-transfer grid than I used for the dinosaurs. I’ll re-draw the details over this scribble, maybe tonight if I’m not busy. I prefer to re-draw rather than re-use 'cause it keeps the line-work fresh.

I did end up re-using the first sketch but with sections re-drawn and positions adjusted on the original parts. 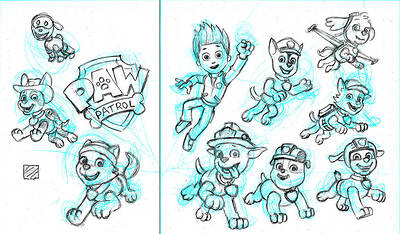 Been away from this for too long. I really want to get the digital draft finished so I can start putting paint on the wall.

Decided on a canvas size of 4300 pixels wide for the draft. There’s no colour harmony needed for this rainbow hued cartoon image so I can conveniently chop the scene up and paint the characters individually.

Rubble on the double!

Paint sequence for Rubble, might as well start with my favourite pup

. I prefer to keep the colouring as simple as possible with a shade and a highlight layer.

Looking with fresh eyes at the Rubble drawing I did yesterday I’ve a few issues, the head proportions are a little funky and I don’t like the teeth. Might redraw or maybe try to adjust when I put on the wall. It’ll keep for a while, need to get a few more pups drawn tonight. 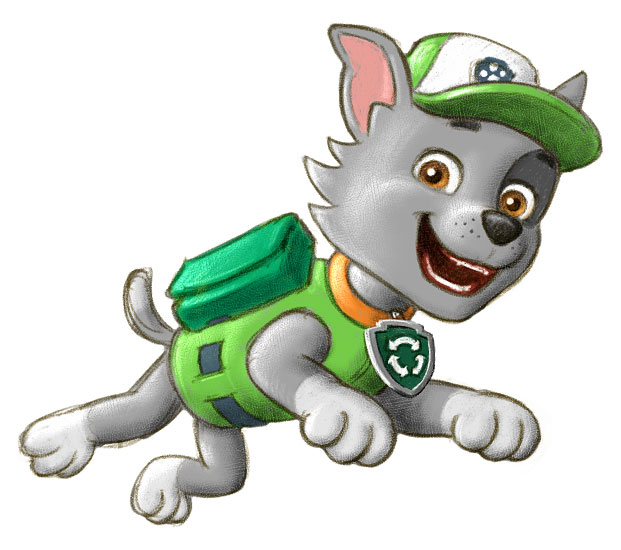 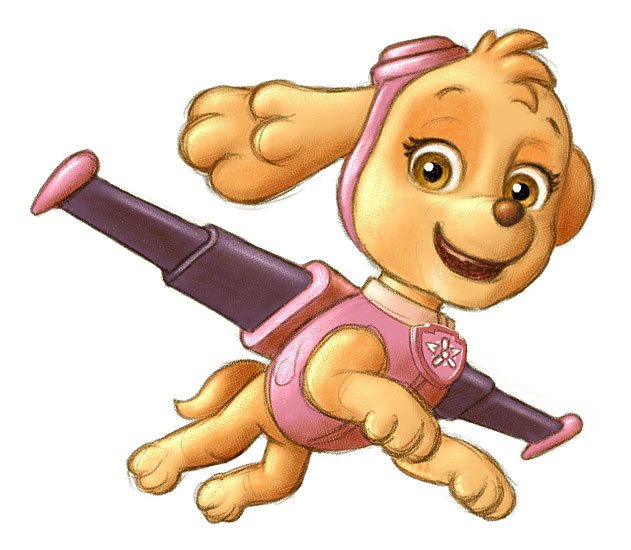 Took a break from drawing cartoon canines to scribble this up for the digital draft of the mural. I’ll make a more precise template for transferring to the wall. 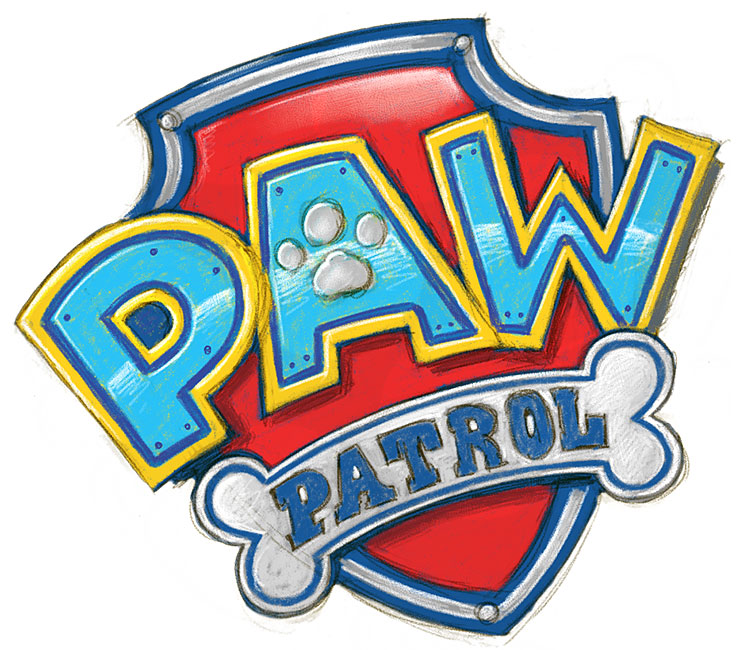 Ice or snow, Everest is ready to go! 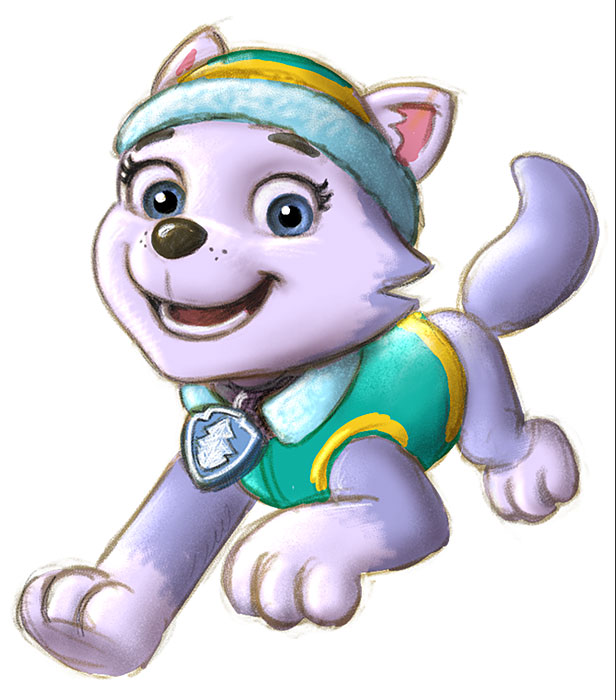 Had a bit of a cold last week and didn’t feel much like drawing anything for the mural, getting back into this now. Here’s Marshall. 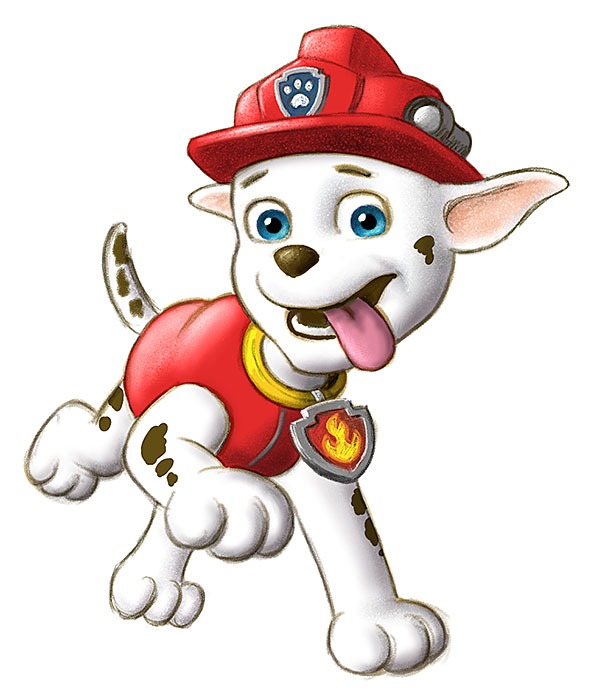 Wasn’t happy with my original Rubble drawing, made a second attempt. Not sure if it’s that much of an improvement but nevermind. 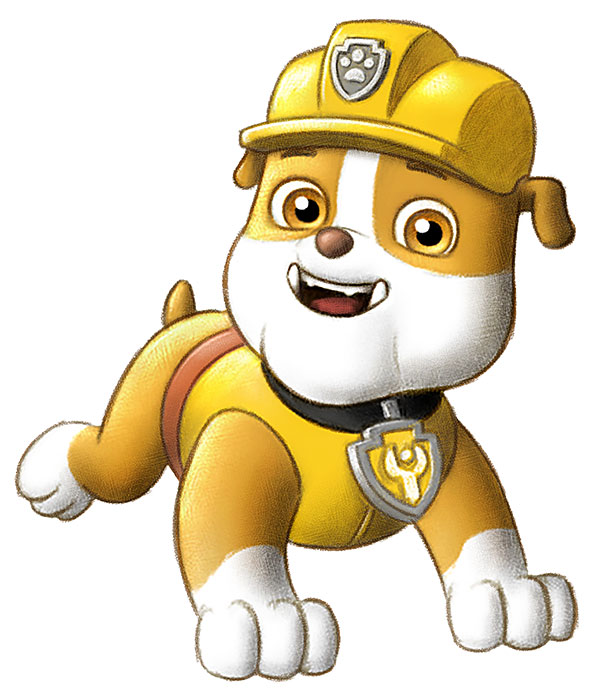 Mostly done with the pups now, turning my attention to assembly.
Also want to come with up a ‘starburst’ effect behind the characters, preference is for cyan/light blue. 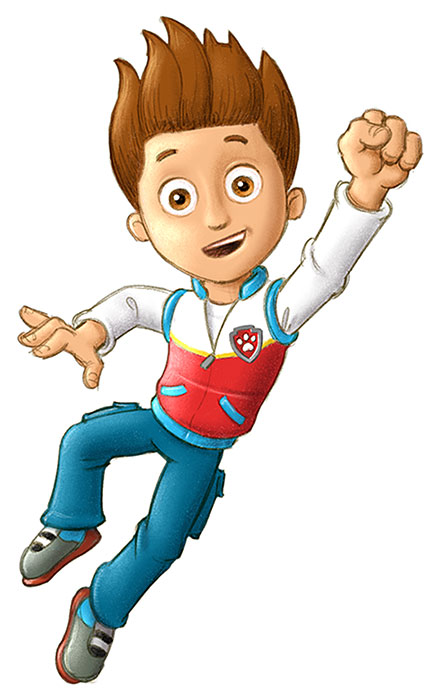 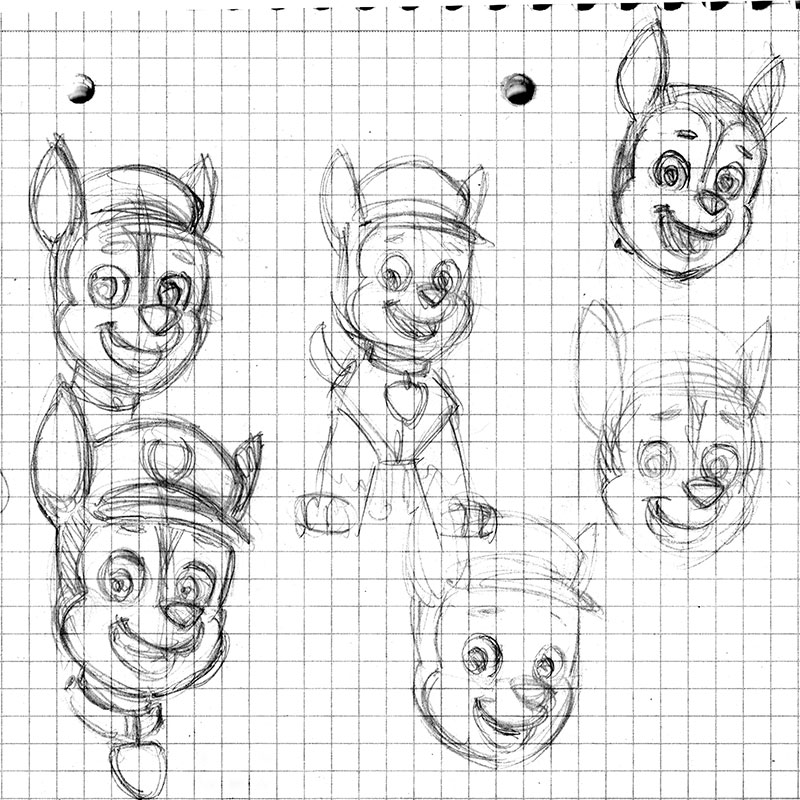 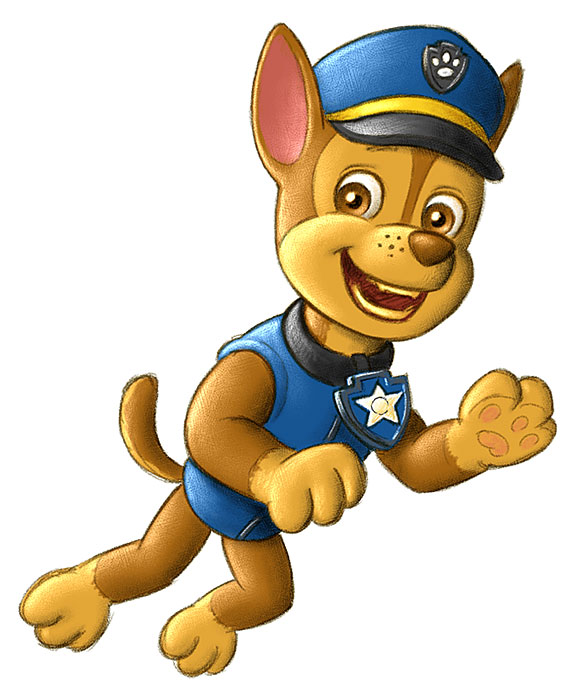 Let’s dive in!
Zuma for Paw Patrol mural. That should be it for the characters, unless I add more later. 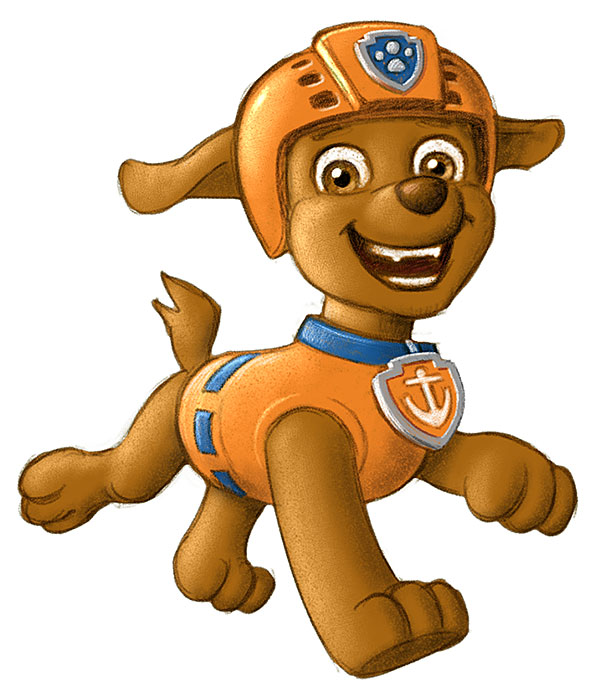 Made this starburst for the background but it’s a bit too smooth. Don’t fancy trying to paint this without a spray gun or airbrush. 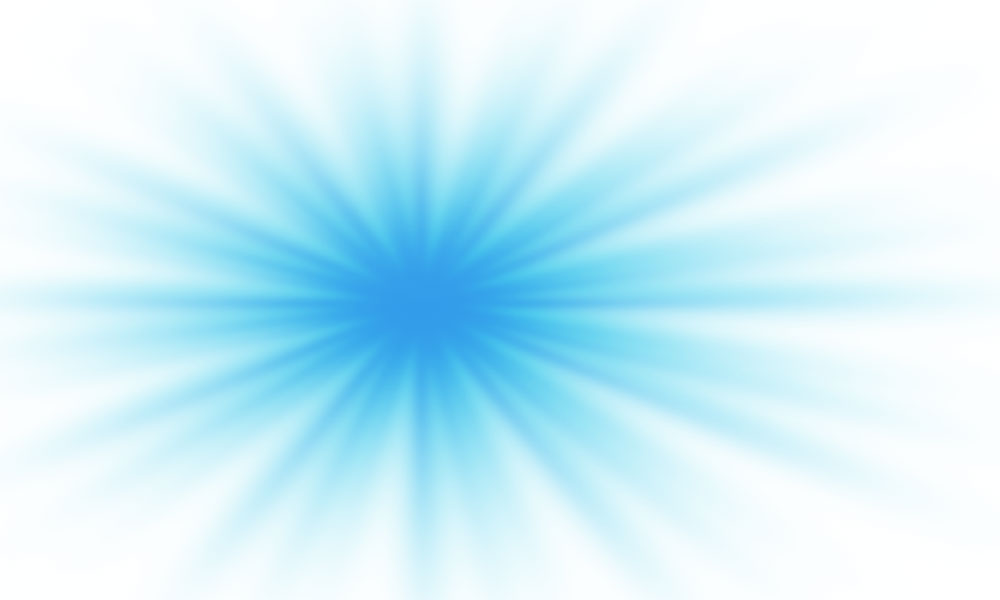 Want to come up with something a little rougher that I can just scrub on with a decorating brush. I’ll have another go at this.

Closer to what I want. This is just a line (crayon brush in Krita) copied and rotated a few times then combined combined with some soft brushing. 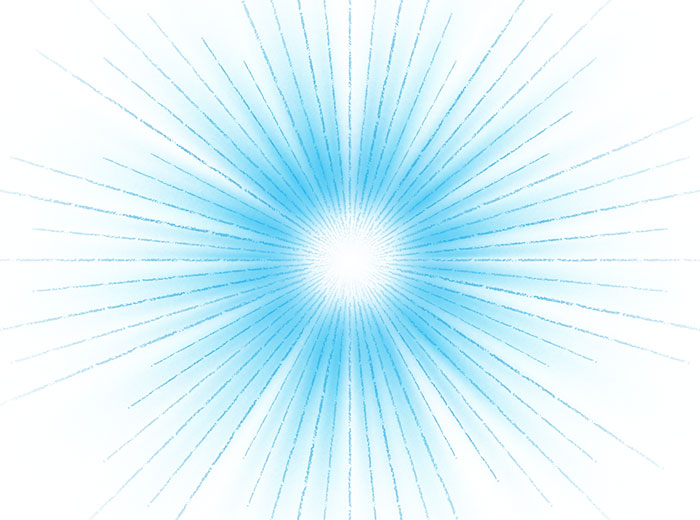 PAW PATROL ASSEMBLE!
This is the final layout I’m going with for the mural. A little more spread out than the original composition.

Made a grid version for transferring to the wall, divisions represent 10 cm. The corner falls between rows I and J.

Well that’s it for the Krita part, I’m ready to go from digital to physical.
Dug my stuff out of the cupboard - Paints, brushes, palettes etc. Hope to start on the actual mural tomorrow.

Finally! made a start on the physical mural

.
Grid went up quick so got most of the lines down. Brown, magenta and cyan watercolor pencils. 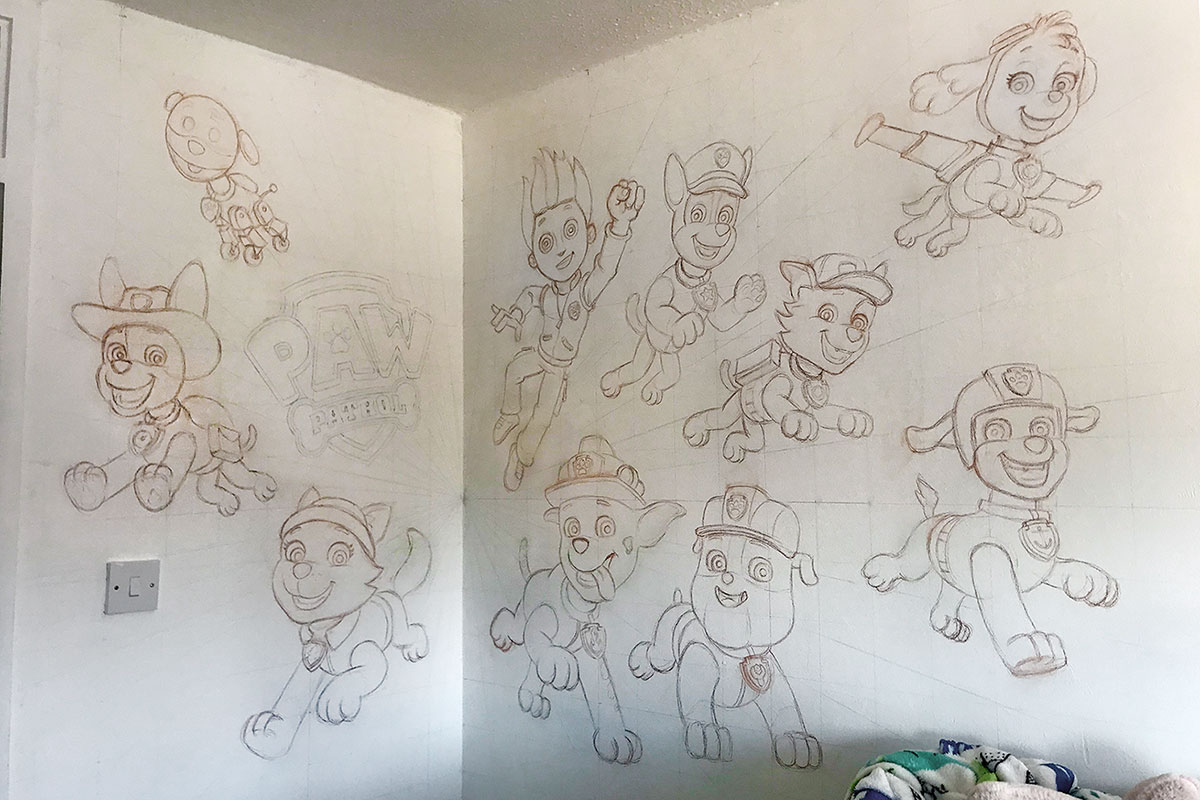 You’re about to double the value of that house.

Maybe went a bit heavy with the brown outlines, we’ll see. I’ve randomised the angles a bit on the starburst, the digital one is a bit too regular in hindsight.

Also managed to get some flat colour on the logo, the A3 print taped to the door my daughter printed for me at work

You’re going to make your grandson so proud of his bedroom. Great work!