Fair use or copyright violation 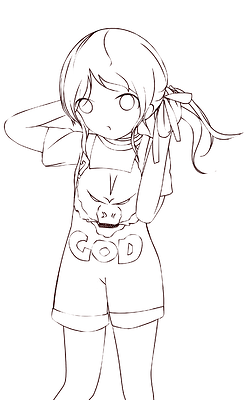 I think that “GOD” term is generic, not like some everyday of life words as Windows® or Apple® became

Or you’re referring to the face drawn on her shirt?

In this case I don’t know the original reference…

It might be more “faire use” I think but it will depend of original owner of copyright and country on which you live or you’ll publish the artwork, and what you’ll do with it (sell it? just publish it?..)
In France for example, “fair use” as “fair use” in USA, this doesn’t exists…

Copyright stuff on a world wide diffusion are very complex…

The pic are based on this thing below, . . hence i’m asking about the usage 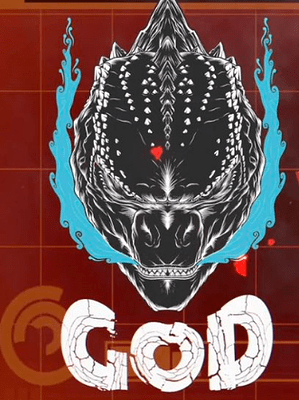 Where did you get the image from?
Who originally created it? Who owns it now?
What do you intend to do with it?

Toho is the copyright owner of Godzilla I think, but Godzilla franchise is owned by multiple movies companies

Except if you start to sell your drawing with a Godzilla, sincerely, I don’t think you’ll have problem if you use a hand drawn Godzilla face on shirt on a manga girl.
That can be considered as fanart and usually there’s a tolerance for fanart.

It seems to be a fanart of Godzilla…
So, copyright on a fanart based on copyrighted product…

I’ll walk away from this now…

Dengerville youtube channel.
Probably made by them too.
Illustration for online published story.

Yeah I really wanted to see that conference too, since I had to be absent… I hope they will publish recordings eventually.

@lenovoaxioo well, technically, it’s probably illegal, fair use doesn’t apply since you’re not doing any commentary or anything. But you probably won’t get in trouble for this either. It’s a grey area, like all fanart. (Except that remember to not sell fanart of characters owned by Disney, because they really don’t like it and can chase even small artists. In theory, publishing fanart for free or selling it are both illegal, but in practice, the second one is more risky).

@lenovoaxioo : yes, using a logo or a trademark even on the shirt of a character is considered as an attempt you do to attribute the value of the visual (think the effort/investment of companies to build the brand/the design/the popularity) to your artwork.

If it appears on a single shirt for a secondary character appearing once in a non-commercial comic; it would be easy to defend it as “Fair-Use” in case of an attack by Godzilla owner. Fair-use has a rule for allowing a little appearance here and there as a “Cameo”. And non-commercial is often good-enough if the result become not super popular.

If the design appears in the shirt of your main character (every shot) and your final product (comic/anime/game) need to be commercial; then prepare for getting trouble in case the owner start a lawsuit because they have in this case something that is no longer a cameo; and commercial argument.

Reading Fair use - Wikipedia really helps at feeling what you can defend or what you can’t in front of a court.

True, the video is not online yet. Some controversies happened after this Libreplanet2021; and my guess is the team of volunteer for this online event melted a lot after that. It might take time until they have contributors to handle archiving the video and posting them online for replay self-hosted (the conference was CC-By, and they asked me if they can host it after the controversy and I accepted).

thanks for the insight

My personal directive is to never use nothing. If there are any similarities it is coincidental only and I tend to change if I find it. Nothing in the world is original but worry more with stuff that or closer to our time frame. Godzilla is super recent I would not touch it.

And copy right claims against Disney btw are impossible to win, they just throw money at lawyers and win you by draining your money in court.

Initially I thought your drawing was about a boar I was surprised it was Godzilla.

The Godzilla used as reference looks like Godzilla from 1954 more than Godzilla from recent movies.
But as there’s a recent super-production movie, they might be more attentive about everything on it than few years ago I think…

I was surprised it was Godzilla.

The date of copy right is that of the most recent work and then it falls of from there by a 50 year span if I recall. Godzilla came out this year even so it is recent.

I would just make a cute little anime piggy or something instead.

I usually just avoid the risk whenever possible. I normaly make up own brands or logos that are somewhat along the lines of the original. Instead of Nike I use Mike, instead of God I use Glob (an Adventure Time reference in itself) and so on. Foo and Bar are also established in universe brands in my world building.

Wake up and smell the java

Wake up and smell the java

It’s like my whole made up reality is a lie…

I’m agnostic when it comes to caffeine