I’ve been seeing sketchbook threads lately, and thought about starting one of my own, so, well, here it is. Maybe I can convince myself to post here occasionally.

It’s hard to figure out what to post, but… drawing original things is something I’d like to improve at, so here’s a drawing of character of mine which I thought turned out fairly well. Though it probably helped that I copied the pose from something else. 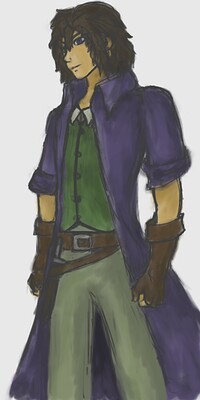 I wish you good luck on your sketchbook journey! Use this thread as an “accountability partner”, almost an incentive to put in the work. Also, since it’s a sketchbook, don’t feel pressure to put in your best work, sometimes things don’t go as planned, and that’s important too! Maybe posting something that you thought wasn’t great might get you feedback to help improve as well.

The not-so-great stuff can be kinda embarassing even for me to look at, but we’ll see. I guess the important thing is to keep practicing.

Meanwhile, something different; drawings of flowers from photographs.
A hairstreak butterfly on a bluebonnet. 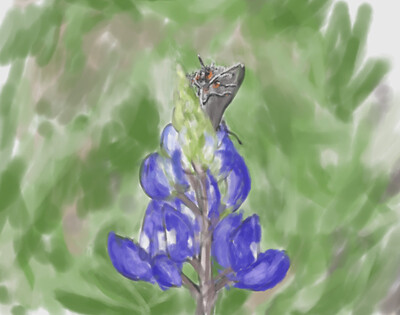 Some fanart of Pepper&Carrot from a couple months ago that I ended up working on again.

Some fanart of Pepper&Carrot

Aww, both under the teapot moon

Thanks!
(I uploaded it to the gallery here, thanks!)

@Deevad: I’m happy you liked it!

I meant to post this earlier than now; timelapse of the Pepper&Carrot fanart.

(I forgot to record part of it at 0:48.)
At first I tried to draw Pepper’s legs and feet, but then I hid them behind the grass instead so I wouldn’t have to draw them

. I only thought to add the teapot moon later on, but it ended up giving a subject to the otherwise empty right side.
When I started the drawing, I was thinking about how it’s nice to have a cat asleep on your lap, even if you can’t get up because of it.

Fanart of a videogame character, a costumed Sothe from Fire Emblem Heroes. 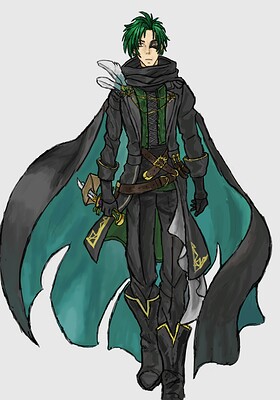 It’s directly based on the official art, I think maybe that’s called a “redraw”? It’s something I do often but I probably won’t post much of that here because I’d rather share things that are more original.
Though for anyone who might be interested I guess I could link my deviantArt where I dump stuff, there’s a lot like this (well, usually more sketchy). (Most of the stuff there’s drawn in Krita.)

Maybe I’ll try drawing my OC from the beginning of this thread in this pose, I think it would be fitting enough.