Step 1: On a empty image, create 4 Group Layer. The top layer should be named as Alpha or A. The rest can be named as R,G,B or Red,Green,Blue on any order. 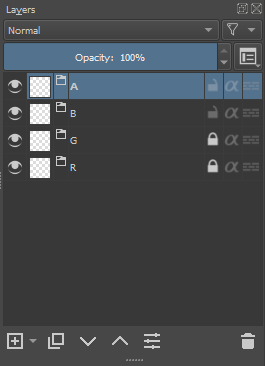 and disable channels that don’t match the group layer name, but keep the alpha. 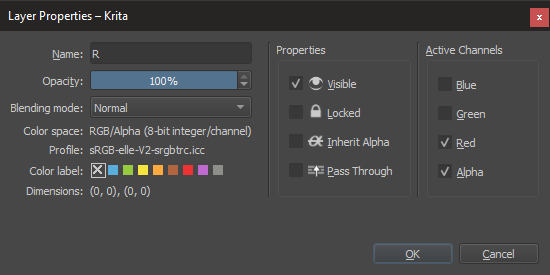 Step 3: On All Group Layer except Alpha Group Layer, assign color adjustment mask, and ramp the alpha to the maximum. 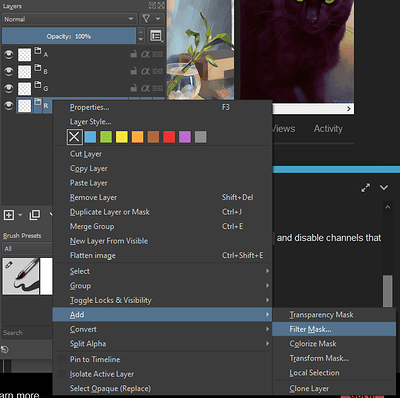 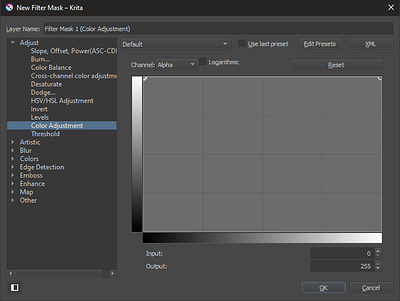 Step 4: On the Alpha Group Layer. Create a white layer inside it. Then create a group layer above the white layer, and name it luminosity mask. Set the Luminosity Mask Group Layer to Luminosity Blending Mode. 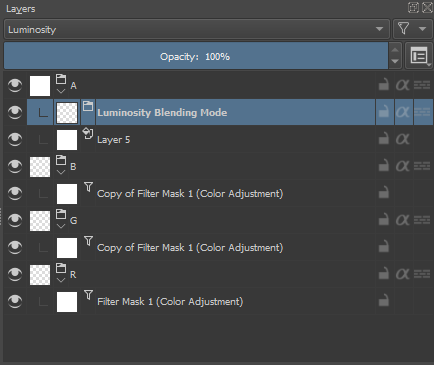 Step 6: Assign cross-color adjustment mask to the Alpha Group Layer. Set Driver to Alpha, and Driver Channel to Red/Green/Blue. Then on the left side of the curve, drop it to the lowest elevation level. 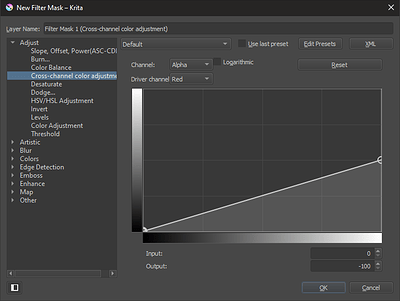 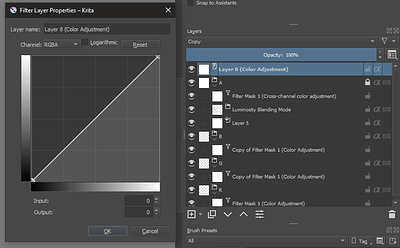 Step 8: Alpha Group Layer blending mode must be in Destination In mode. 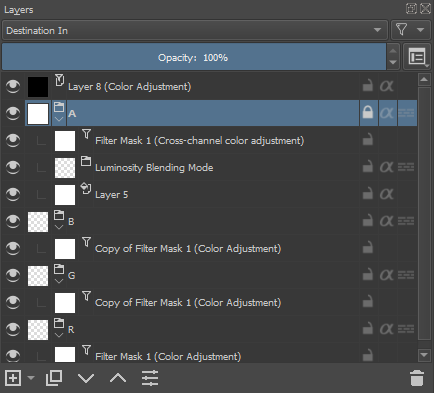 Step 9: On every group and subgroup, there must be one image. For bonus ease of creation in context of separation of channels, go to layer->convert->(Convert to Grayscale). This gives you only black and white painting and editing. Warning: It’s slow with G’MIC-QT. So, if you really need G’MIC-QT, don’t convert the layer color space. Instead, use Specific Color Selector Docker and set it to grayscale. Use that to change color of your brush. 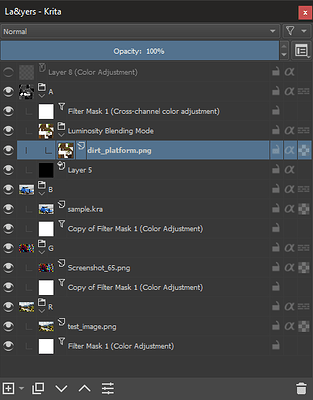 Note: You may need to change the white layer in Alpha Group to Black Layer. Also, it is recommended to add a desaturate mask to the very top filter layer. That way you can see grayscale info only.

if there have a video or picture will be perfect

some pic or video pls~

@K-Pax I can’t edit the thread, however, I have messaged @tiar who agreed to fix this thread. Pictures will come up.