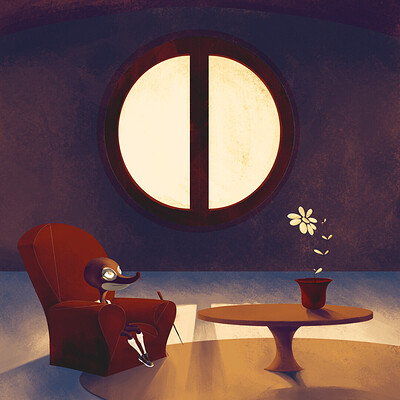 I have the very bad habit not to share what I’m working on using as pretext that it is messy, not worth it and that I could do it properly later. The problem is that when « later » comes, things have became so complicated that I can’t remember how, when or even why I ended up with the result I get.

So for this project, I’ve decided to share every steps of my working process, at least starting from now, because it is an old project that is decided to reboot using only open software.

I decided to fully get rid of proprietary softwaresta 3 weeks ago, and made this first concept for the project 1 week ago.

That’s a lovely example image. Wiil there be a YouTube link eventually?

There will be video links posted at some point. But for the moment there isn’t much animated to show.

There is however an old animated test that I could share from back when it wasn’t on open software.
You can find it here

I will talk a bit more about the project and the workflow I’m planning for it.

The title is « How is the Earth ». (Well, its an approximate translation of the french tile « A quoi ressemble la terre » ).
It is a fable about a mole who lost her sight during childhood. She decide to travel the world, trying to remember how does the world looks like. To do so, she ask the people she met to tell her how is the earth.
The final “product” should be seven animated scenes. In each scenes, a new environment will be drawn and animated along with the people description of their world.

The first step will be to finish a scene as a test in order to set the workflow. The idea would be to combine krita and the grease pencil feature of Blender. Here is a concept for the test scene: 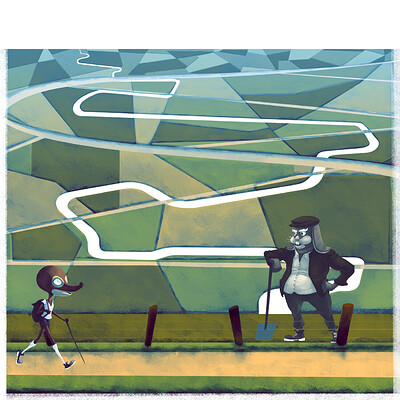 The idea would be to combine both krita and the grease pencil feature of blender as follow:

For the moment I have to develop some tools to ease the back and forth between the two software. I already started to share what I’ve done so far in the plugin section of the forum