I'm going to be trying a new tablet soon-

Well, provided that it doesn’t go missing, or porch-pirates come, but I don’t have a issue with those kinds of people. yet…

I’m going to be getting a Huion Inspiroy H580X, and it’s my first tablet with tilt support! So, I will be trying out some tilt brushes.
And that’s about it, yes I will start digital art again!
It’s been a little while, so may be a bit rusty on Krita, but only for a few things.

I own one Inspiroy H950p and I’m very happy with it. It works nice in Krita and GNU/Linux. It has tilt but I don’t use that feature very much.

Yeah? I’m actually a bit intimidated by it, since I’ve never used that feature lol.
It’s probably only going to be in my pencil brushes.

I was actually considering buying a Huion H640p, but decided on the H580X after a while.

Hmm… It does not list Krita when describing what art software it works with. Maybe someone could tell them?

Hmm… I think so. No one I know has ever had issues with it in Krita.
There isn’t a reason for them to not list it.

I like my huion tablet. Great for the price I paid.
Tilt is definitely a game changer. It might take a bit of getting used to hand placement. It can be tricky with some brushes.

Yeah. I really don’t think I’ve ever heard someone say Huion was bad. They are affordable, and excellent quality.
Trying out the tilt will be fun!!
Also, it’s supposed to arrive tomorrow :)))))

I own one Inspiroy H950p and I’m very happy with it. It works nice in Krita and GNU/Linux.

Hey, I’m curious: are you running the Digimend Free/Libre driver or the proprietary Huion Linux driver?

Maybe you want information on the H950p in specific, but I’m using Linux and the H610 Pro V2 (Discontinued I believe, but has krita listed in the bottom of their page

I’m using Digemend’s driver as it enables tilt support for my tablet on Linux. The proprietary didn’t had tilt support when I tested in mid-2020.

Hey, I’m curious: are you running the Digimend Free/Libre driver or the proprietary Huion Linux driver?

When I bough it there isn’t Huion GNU/Linux driver yet. I realised some time ago they started developing one, but it is still in beta stage. So, I’ve not testing it yet. I think I’ll wait to stable release. Anyway, for the use I do, DIGImend drivers works fine for me and I really don’t missed any feature. I did easyly set lefty mode (I’m left handed) and it’s all I need.

Good. I want to try/review a Huion’s medium one someday and see how they compete with Wacom Intuos Medium, and Gaomon Mk2018, but I wanted to put my hands on a Linux/Digimend compatible device. Thanks for the info.

Does tilt work? I am planning to get it as a spare tablet. 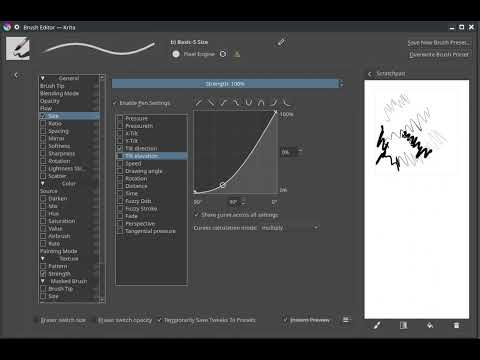 Actually, just to see I checked the price on the Wacom Intuos Medium and the GAOMON M10K2018, and jeez $184 dollars…

Gaomon cannot compete with huion, it is part of huion and is responsible for low-end products…

That tablet is very similar to the one I bought, has that same “half moon/semicircle” buttons instead of a slider or dial.
It also has that thicker looking pen that I wanted. That thing that they do to Krita is weird to me, you see something like:

Gaomon cannot compete with huion, it is part of huion […]

Oh, I had no idea. How do you know this?

Basically, except wacom, other digital board brands come from China. Therefore, I can easily query their information. 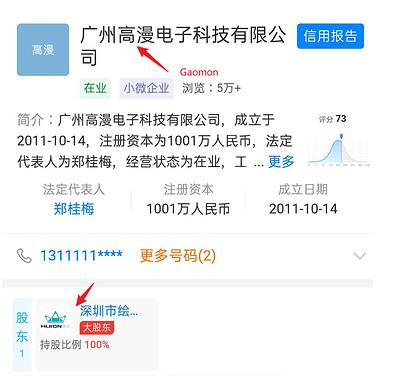 Alright, everyone, the tablet will arrive today! I will let you know how it holds up!