In brush presets, you can display brushes using

Maybe my this request could hinder manufacturing of kaita,but I really hope it can come true.
Look at the pictures,plese.（I can’t use English well.They can help us understand it）
If we press F5,we can see

And I hope we also can see it in 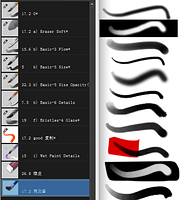 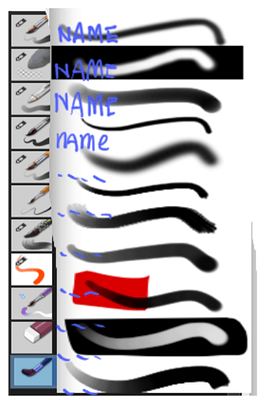 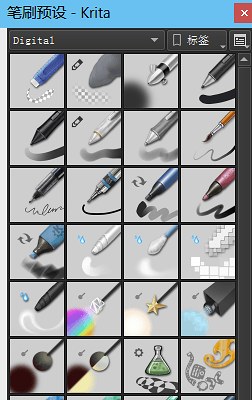 WY7EMVRX2A5QFSVK}M%TFCF252×564 93.2 KB
Users can choose about it.（It can also appear as a python but I have not the ability.sorry

Thank you for reading in your busy time. Thank you very much again.

That is a good looking idea and I can imagine it in use.
It is possible in the same way that many things are possible. However, it’s a question of the number of developers who are available to work on it and if there is other work that they need to be doing.
(There is a small number of developers and a lot of work that they need to be doing right now and in the near future.)

The stroke icon image is already created in the Brush Editor so there is the source of the image for it. The next question, a lot of questions, is how would this be organised internally (a question for the developers) and how would this appear in use (for discussion by users and developers)?

There are formal processes for proposing new ideas and one of the developers could probably give information about that here.

I’d be happy to see it but I don’t think it will happen in the near future because of other demands on developer effort and time. Please keep proposing ideas though because it’s always interesting to see other people’s ideas. It is possible that a developer thinks this is a brilliant idea and that they want to start work on it as soon as they can. Many things are possible

Note: I used Google Translate ( https://translate.google.com/ ) on your Chinese version and the results were very good. Can you use it?

I also feel happy about that my request could be agreed.So,let‘s cheer for Krita?

Tell a secret（In fact,I use the Google Translate as well）