Honestly, you don’t want to know the number of bugs in our bug tracker at this point. But I assure you these are just our broken unit tests rather than bugs. Recently Boud decided to mark every broken unit test as a bug in the hope that it would have higher chances of getting fixed. Why do we need to fix the broken unit tests? Of course, if all of our unit tests ran properly the chances that a bug would trickle down a release would be lesser. 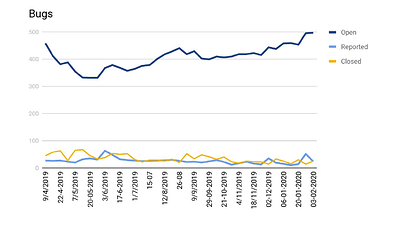 Surprisingly @dkazakov is able to devote a part of his time to work, along with his newfound responsibility. With that being said, he also started cracking nerdy dad jokes these days. Taking a look at the commit history, @dkazakov can be found fixing the broken unit tests and the regressions which got introduced to the transform tool in his absence.

@boud says he would like to get back to continue doing the resource rewrite but a recent upgrade to Python 3.8 has made him stuck with fixing build system. Some new changes were introduced in Python 3.8 for tackling the DLL hell which broke our builds. And unless the situation is fixed, this would only cause a delay our next release.

@IvanYossi thinks he got an idea to improve the performance of Krita in MacOS, hopefully, he can reduce the number the complaints we get of Krita in MacOS. Apple not liking open source is not our fault, but users don’t care for the most of the part, pfft.

Other than that, @sh-zam has been dropping small patches to fixing little naggings present in the Android port. And most likely, by the next release, we would have Krita up in F-Droid for curious artists on Android. Also Amyspark has also been able to fix the subtleties in CMYK and Lab colorspaces.

This was originally posted at https://www.hellozee.dev/kw10/

Keep at the amazing work, team!

I LOVE that you want to take Krita to android. I’m hesitating to buy an IPad Pro only for Procreate. Half a year ago I gave my Samsung tab s6 away only because I wanted a Programm in which I could import and make new brushes!

I’m sorry if I ask: I didn’t quiet understand it. Can we already install it or download somewhere? I’ve read something like this. And how long will the Official PlayStore upload take?

Sorry for my language! It’s not my mother tongue.

The build is a bit experimental so by the next release which would be in a week, it would be on F-Droid.