I was working on it two days straight

I used it once already outside of testing and while I thought that progress bar is essential, it actually really isn’t, especially after a few times when you start to get how much time 30s actually is.

I thought it would be nice to, first of all, give something to people that don’t mind one or two little issues or limited (compared to plans) functionality, and maybe get someone test it, too, or share some nice ideas how to improve it. 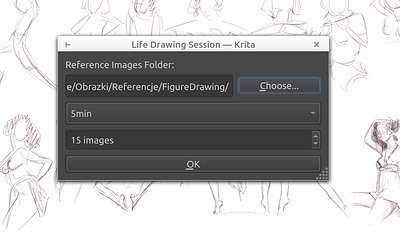 How does it work:

Planned for the future:

IMPORTANT You need to download Krita Plus version, 20 April 2020 or newer.
Windows: Krita_Stable_Windows_Build [Jenkins] (take the .zip version, not -setup.exe)
Linux appimage: Krita_Stable_Appimage_Build [Jenkins]
It can also be the beta version (especially if you’re on Mac): First Beta of Krita 4.3.0 Released | Krita
Krita 4.2.9 will freeze when you paint and the timer goes out (I will try to debug it, it might be a problem in my script). Krita Plus older than 20 April 2020 will crash.

look great looking forward for the other features

Also my sketches from the last class I took:

For 1.0 the only ones missing are:

Awesome plugin! i’ll have to give it a try some time

Good job on the sketches, too. Those 30s poses really are hard to do, i usually avoid them altogether.

Hello,
It works great the problem is if you are drawing while the picture is changing Krita hang and crash
May be with the progress bar we could stop drawing soon enouth for the process to work correctly.
Keep doing the good job

@Lechat_Fute make sure you’re using either the beta version (4.3.0 beta, link in the main post) or Krita Plus version (link also in the post). Krita 4.2.9 unfortunately might crash I think, and since it’s already released I couldn’t fix it in Krita code. I fixed it for future versions that I described above

Thanks that did it

@tiar looking at your drawings haw do you get your final display to align on 2 row, on my display they stay on one line and the more picture i draw the smaler they get with a waste of empty space on the bottom 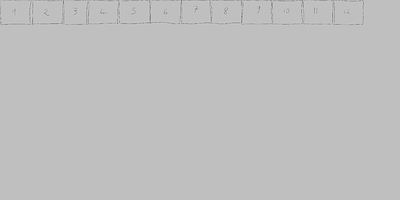 Yes, that’s something that I haven’t implemented properly yet and I’m eager to fix, actually. For the display above I just took that resulting layer, selected the second half, moved them below and scaled up.

In future versions it will calculate it better, but I need to think about a good algorithm first. I have some ideas.

Yes keep doing the wonderful job.
I am surprised the few people reacting because this an excellent tool to use for warm up

I did do a quick test last week and it seems pretty cool so far!

First time I tried though, I hastily pointed it at my photo folder - but that contains raw files along with the jpegs. So, it kept bringing up a conversion window, and I kept trying to close it… which caused me to end up in an eternal loop of doom…

First time I tried though, I hastily pointed it at my photo folder - but that contains raw files along with the jpegs. So, it kept bringing up a conversion window, and I kept trying to close it… which caused me to end up in an eternal loop of doom…

(I need to make rules for the files, I guess. I don’t reopen them first, so it’s entirely possible for Krita to try to open text files etc… I might just at first just make sure only .png and .jpg/.jpeg files are considered).

@tiar I dont know if you are still developping this plugin but for your information i noticed that it is crashing Krita if using the canevas only mode. at the end when compiling the different drawings it seems to be trouble with the size of the canevas.
It is too bad because it is more confortable in canevas only mode.
I use your plug in regularely for warming up and I love it

Looks like a great idea, would love to see a video demo, too ADD to read the thread carefully right now

@tiar ,I got aware about this wonderful plug-in yesterday only.
I have installed it in KRITA 5 beta 2 without any trouble and the whole process is working out quite smoothly.
Only one problem I am facing here,which is :
Not all reference images are same in dimension,so it is obvious that when they will get opened via this plug in, will set on the canvas in different manner and that’s quite okay.
But the problem is ,doesn’t matter how bigger I am making the canvas area,the imported ref image is adjusting itself to fill most of the canvas area (specially when the canvas and ref image orientation is similar)!!
So in such cases I am hardly getting any reasonable area left open to draw !!

Now I am trying to learn, is this normal ? or I am making any technical mistake here ? or it is behaving this way,because it was not updated for Krita 5 use ?
Can you provide any tip here ?
By the way,thanks again for developing such a wonderful plug in

I was mostly using it for horizontal canvas with vertical ref images. In the future, I planned to have an option for vertical canvas for horizontal ref images, but for now it mostly works for tye first case. It always takes up exactly 1/2 of the canvas on theleft side.

Yes, it is working well in that way.
but problem starts when the canvas and reference area orientation are same.
So that means for now or even in near future,I have to pick or modify the reference images in vertical format first and then use horizontal canvas area for drawing.

Let’s see how I can manage to create such a workflow,without creating too much effort behind modifying the reference images.
Thanks for the input