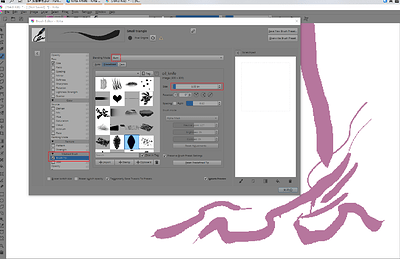 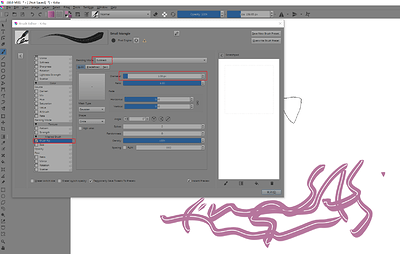 But when subtract, there is no sawtooth, so I think it may be a bug

I’ve also noticed that and that’s why initially I didn’t include burn in the new brush texture modes, because it looks kind of ugly.
But I have to say that is not a bug, it’s just how the formula works, which is different than subtract.

Long explanation for the jagged effect:

The formula for burn is 1 - clamp((1 - dst) / src) (src is the masking brush and dst is the dab).
The problem with that is that in the areas outside the masking brush src is 0, which gives a division by 0 in the formula. For that reason a denominator equal to 0 is treated as an infinitelly small number instead, so that a defined value can result.
Then there are two cases:

Thank you for your reply! I discovered this when I transplanted Photoshop brush to krita brush. 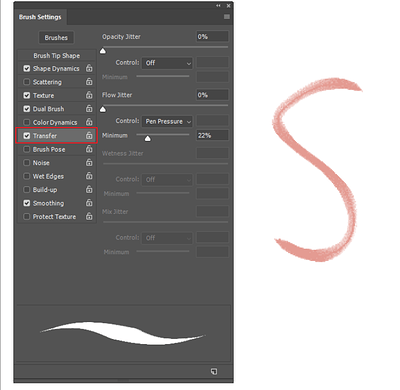 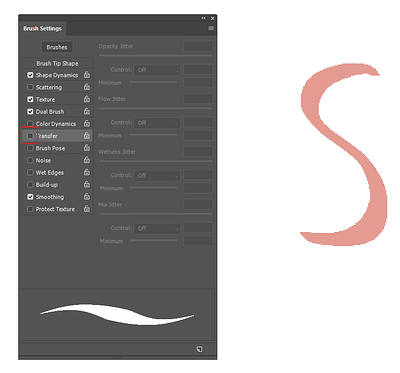 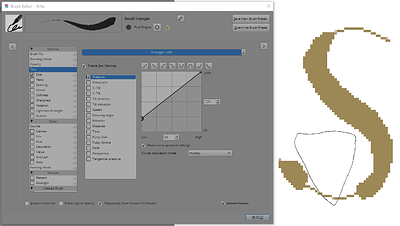 I don’t know if krita’s traffic settings don’t work properly at this time. Can we achieve this brush effect in krita? Thank you!

This is the ABR file of the brush.
https://1drv.ms/u/s!AnAzUBTiYPn7r33KqY7CbBcFgM4r?e=1lDcXy

You can try playing with the flow in the normal brush tip and the making brush.
Edit: Well I see you kind of did. I don’t have any other suggestion at this moment.

It looks like krita renders color burn dual/mask brushes a little differently than photoshop. I tried to recreate it in Krtia too. The dual brush/mask brush this brush uses is just a 1px round brush. These examples both use no textures 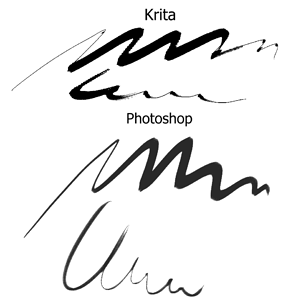 Hello, I did some tests again, and I found that there seems to be a bug in the flow effect of krita in this case. 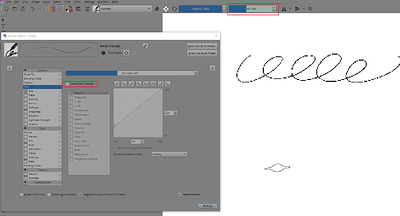 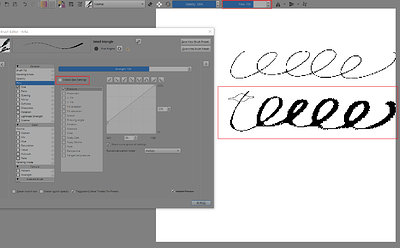 Thank you! I got the same result. The flow effect of photoshop is different from that of krita in this case. In krita, the flow effect seems to disappear.

Maybe Photoshop is using a custom color burn like it does in the texturing hard mix mode because, as I explained in the first post, the result should be binary in the outside areas of the masking brush.

Or maybe the operations are performed in a different order. I don’t know, I’m not familiar with that part of the code yet.

@urzeye can you share the brush tip as a png?

Hello, this is the main brush tip, and the sub brush is a soft brush with one pixel.

Hello, I just downloaded the latest beta version of krita 5.0, I found that the effect of the main brush seems to have completely disappeared： 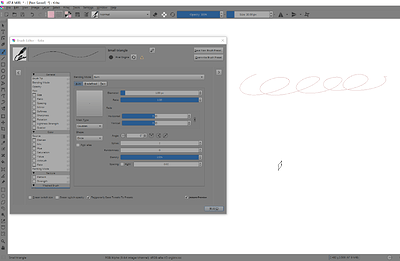 I have done some experiments and made new discoveries：

There’s a recent bug fix related to color dodge/burn, so maybe that’s it.

You can not apply the blend modes like that. You should try this setup:

That’s similar to how the brush texture is applied.
But even then, in the layers the blend is applied to the color, not the alpha. To correctly mimic the brush you should use black layers without alpha and with the brush marks in white.

Hello, I just downloaded the latest beta version of krita 5.0, I found that the effect of the main brush seems to have completely disappeared

The behavior is explained in my first post. When using burn, every pixel of the brush outside the mask becomes transparent unless it is fully opaque.
Clearly Photoshop is doing something extra beyond plain color burn blending, but I don’t know what.

Well, thank you. I just feel that burn in photoshop brush is similar to the effect of layer blending after turning off the white background. Sorry.

I just downloaded the latest beta version of krita 5.0, I found that the effect of the main brush seems to have completely disappeared