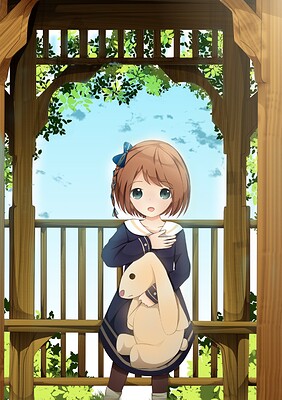 So recently i have the chance to try a lot of pc (office pc) with the exact same spec.
And I found that, Krita can perform better or worse depends on the OS.

Understandably, it perform the fastest and the most reliable in Ubuntu that i have installed on it.

On windows 10, it noticeably slower in performing tasks. Brush a bit lagging, saving hangs the software a bit opening big file crashed it. It perform worse but still workable.

And on windows 11, it honestly quite unbearable. Brush lagging a lot, saving/autosave make it “not responding”, opening 2 or 3 files at the same time crashes it, just opening file sometimes freeze it. You can imagine it like you are using windows version of krita 2.8.

So. The linux installation aside. I though windows 10 and 11 is basically the same. How Krita on win 11 perform so much worse than on win 10?

Or is it actually just me?.

This is not really a technical question, i was just wondering about other people experiences. With those 3 case.

*The PC Spec of the all device. They are exactly the same.
CPU : Dual core AMD 200GE
RAM : 8gb Single channel DDR4
Storage : All have the cheapest ADATA 120gb SSD

I think this CPU : Dual core AMD 200GE is a problem, because on my pc with same 8GB RAM and SSD but with Ryzen 2600 it works fine.

the cpu is shit indeed. The question is why the shitness differ from one another a lot when it run on the exact same hardware.

What are you running it on, and have you compare it how it run on other OS?

Yeah that CPU is definitely low-end, of course a Ryzen 2600 with 6 instead of 2 cores is much faster with everything multi-threaded, but I agree that different systems with identical hardware should still perform roughly equal.

I’m afraid that’s too little info to really tell a cause. Similar looking specs can still have massive differences, like one may have much lower clocked memory for example, which with single-channel + iGPU surely matters in Krita.
Or an annoying trend lately is that SSD vendors drastically change (worsen) specs within a product line after launch (and initial positive reviews) that only shows in the cryptic model number.

It might also be driver issues, or differences in Krita configuration you may not be aware of (like canvas acceleration settings, they can make a huge difference).
Or the classic software bloat, like various anti-virus/malware protection products constantly running in the background can slow down especially those low-end systems to a crawl.

I’m on Windows 11. And no, I haven’t compared how Krita works on other systems, though I think it could be interesting.

Many things can be taken in account
As @Lynx3d said, various driver issues, differences in Krita configuration, anti-virus/malware protection products constantly running in the background…

I won’t tell you which type of kernel is better or not, I’m not good enough for that, but I will just say that different method to use the same hardware won’t give the same results

Also if you install different Linux distro on the same computer, especially on low-spec computer, you could be able to see some differences.

All Linux distro are based on the same kernel (exception: version of kernel might change

But there’s not one Linux, but many many Linux distro: a Linux is like a LégoTM, you choose block to build something

And how the distro is build, which component are installed or not, can have an impact on performances: - background task running

For example, on low-spec computer (low CPU/few memory) use of a distro with a light desktop environment like Xfce or Lxde is recommended instead of using Gnome or KDE

The less the OS need CPU/Memory, the more you have CPU/Memory to run your software

Edit: I forgot
Compiler used to build Krita can have an impact too

Yes, we upgraded the used compiler for our appimages because we found an 30% (iirc) performance boost.

Last year when the Intel Core i9 12900K 'Alder Lake' processor launched, Windows 11 was outperforming Linux to much surprise in general but explainable due to some late Linux kernel patches around Intel's hybrid architecture.

Krita on Linux tends to be faster in fact and that’s one of the reasons why I’ve been considering going to Fedora, thanks to David Revoy’s last article, as Windows 10 here is giving me trouble.