Hi! I’ve made a plugin for pixel-art on Krita. This improves the workflow by adding some ways to add borders to pixel-art characters in the canvas.

pixel borders plugin for Krita. Contribute to sGaps/pixel-borders development by creating an account on GitHub.

It works on paint, group and animated layers and It also works on group layers that hold inside animated layers, so It won’t be necessary to render a portion of the image to add borders into a multi-layer sprite.

The idea came to my mind after I had to correct a frame of a large animation I was doing some time ago. Weeks later, I wrote down a script but It wasn’t very comfortable to use. So, I made a GUI and started to improve everything on it and after some months I got a stable version of the plugin. 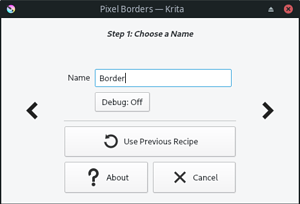 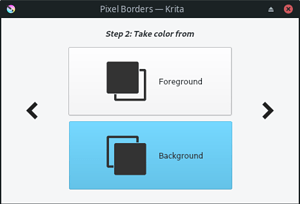 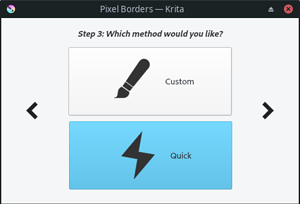 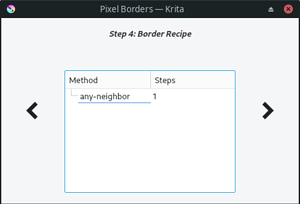 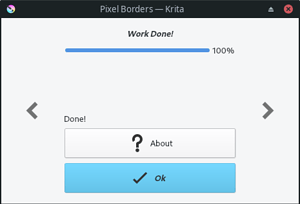 Interesting, I have to take a look on it

Just one remark about system requirements.

Too lazy to run a windows 10 VM to check current version on windows system, but might be the same I think.

Also Qt 5.15 is not recommended with Krita due to some Qt bugs.

Thanks for telling me about the appimage!

I was using the version provided by the OS maintainers.

I’ll try the official Krita’s appimage to check if the plugin runs well on it and update the recommended versions later.

About Qt… Well, I noticed a weird behavior after some PyQt5 updates in my OS. (Manjaro 20.x then)

There was a QObject::killTimer exception that made Krita unstable on the early tests. That error appeared once QThreads were added into the code and I had to rewrite part of the plugin’s core to avoid it.

I added a custom module that makes a “bridge” between Python and PyQt to keep safe the objects used in the main task… because they were being deleted in the middle of the process!

I think Krita has a fantastic potential for pixel art, and this addon proves- and helps it reach its potential!

Thank you for the great work

Yes, Krita is nice for it!

the grid, animation and color selection features makes it easier to work with pixel art

By the way, I tested the plugin in the official AppImage and it looks much better.

The button contents are aligned at the left now. 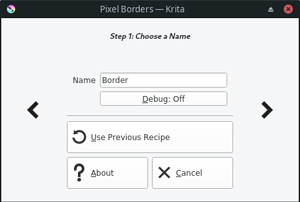 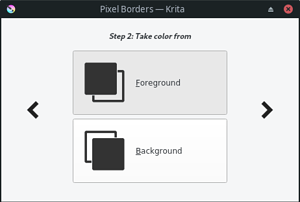