Saving an image to PNG autosharpens

I save my images to PNG when saving for the web as JPEG is too lossy for my simple drawings. However, my latest thing had a problem. It autosharpened in some parts (particurlarly black). I hate sharpening. How do I fix this?

That’s strange because from what I know Krita uses PNGs internally so the result should be the same when exported. I could imagine that it looks less sharp than it actually is when opened in Krita, depending on the filtering algorithm selected for the Scaling Mode setting in Krita’s settings (under Settings › Display › Canvas Acceleration). This only affects the canvas when zoomed, if I’m not mistaken. So at 100% zoom your exported file should look exactly the same as the one in Krita at 100% zoom.

Could you share some screenshots of both files before and after the export, so we can better see the difference? Please, also tell us what export settings you use (what you have set in the export dialog).

Export setting was default I think. I can’t screenshot. Do you know how to screenshot?

How you take a screenshot depends a bit on the operating system. When you’re not sure how to do it on your device, an internet search can help you. 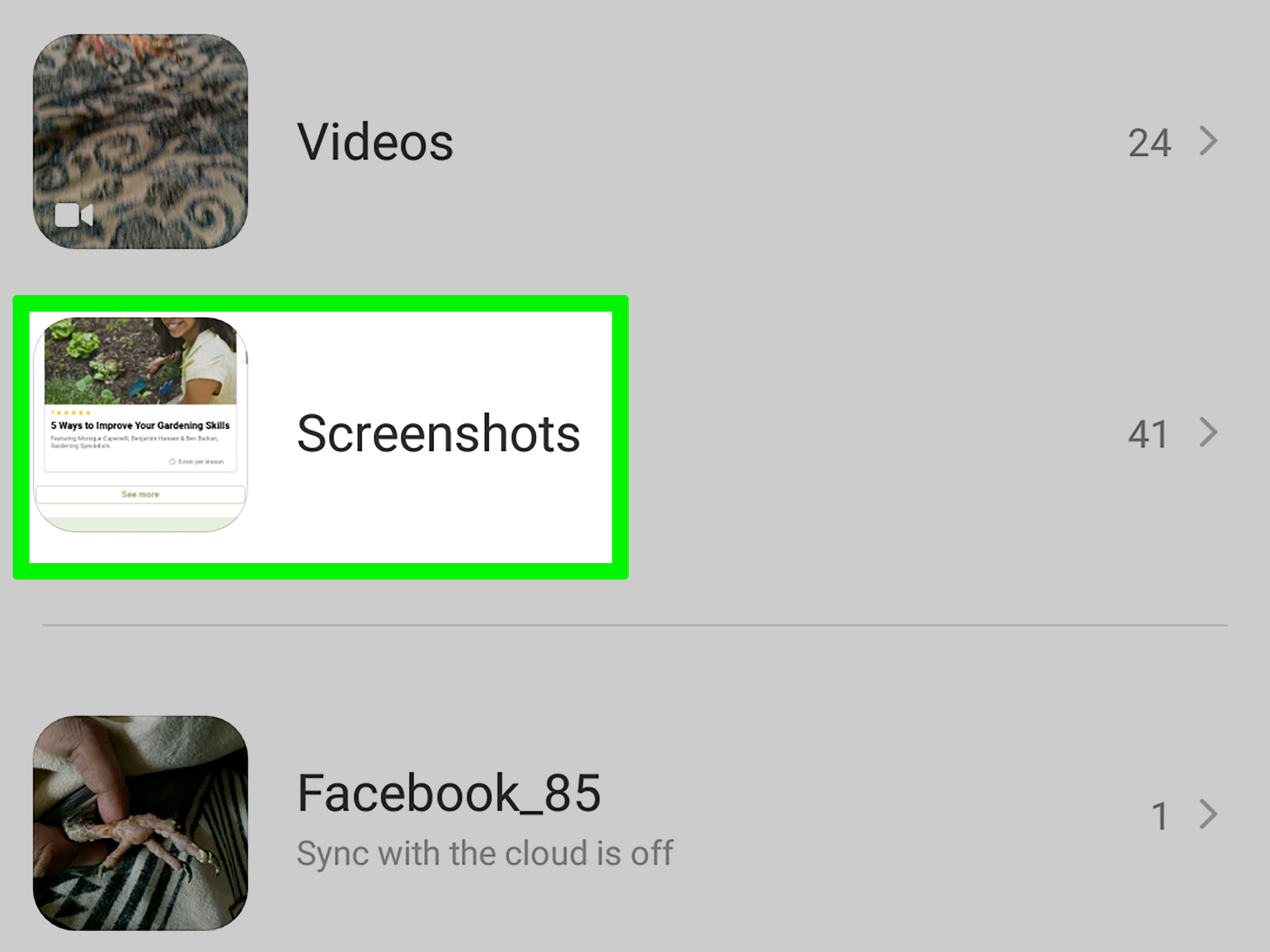 How to Take a Screen Shot (Screen Capture)

Unfortunately I don’t know what the default settings are and I doubt anyone knows them by heart. An additional screenshot of the export dialog would be enough already.

I think this is the export dialog. 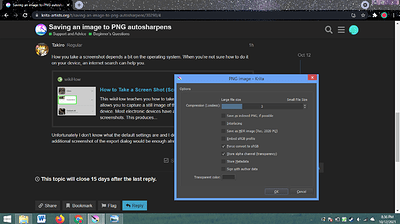 Looks good. By the way, you can safely crank up the compression to maximum for PNGs. It doesn’t affect quality but the file size can end up considerably smaller.

Could you upload screenshots of your drawings too? so we can see the difference in sharpness you described.

The difference seems nigh unnoticeable since a few pixels can’t be seen much. Regardless, it annoys me. Also, something’s strange. The latest thing I saved to PNG, a little thing I made while making Fighting with Portals, had this issue at first, but it somehow disappeared by some weird CtrlZ thing.

Now then, my layman’s comment (according to what I think I know). Well, you have to save the profile, which can be used to reconstruct the exact color values, otherwise the display of the image is based on the interpretation of the respective displaying software. But even with a saved profile you can of course run into software that does not support embedded profiles. Oh yes, as long as you edit an image with Krita, you should of course only save it in Krita’s KRA format and only export it to another format if you want to display or further edit it in another application.

As I understand you want to get rid of the difference, right? It’s hard to help with this kind of issues without seeing it.

I still suspect the filtering algorithm that makes it look smother in Krita than it actually is. You could change the setting I mentioned in my earlier post to something else (like bileniar) and check if that makes a difference. This won’t change how it’s exported to PNG but perhaps makes it so that the image in Krita is closer to what you get after the export.

Another thing that can happen is that, when you look at an image with an image viewer or any other program that is not Krita, it could use different algorithms and maybe applies a smoothing/sharpening on its own. In that case there wouldn’t be anything Krita could do about it since the issue is with the other software. In fact, that’s a common issue when it comes to color profiles because simple viewers often aren’t capable of handling them.

What @Michelist wrote is true, too. When you work in a different color space or with a different profile some colors could change when the image gets converted to sRGB color space. When the resulting color is closer to that of their neighboring pixels this can be perceived as sharpening when its actually a loss in colors.

Yes, 8.1. Is there something wrong with that? I can’t use anything else, it’d be Too Expensive. Still running Windows 7? Time is running out to upgrade to Windows 10

You can still get Windows 10 for free -- and you'll need it to get the free Windows 11 upgrade.

Really? For some reason, I’m not allowed to get 10 until I get a new (hopefully less potato) computer. This is a BIG problem, because Too Expensive.

I still suspect the filtering algorithm that makes it look smother in Krita than it actually is. You could change the setting I mentioned in my earlier post to something else (like bileniar) and check if that makes a difference. This won’t change how it’s exported to PNG but perhaps makes it so that the image in Krita is closer to what you get after the export.

I’m pretty sure that that’s the case – the png export code absolutely does not apply any smoothing or sharpening.

I don’t have a problem with Windows 8.1. It’s just gotten very, very bad reviews from other customers because of what it does.

This post was flagged by the community and is temporarily hidden.

Please don’t link website which are not relevant to the discussion. it amounts to spam.