So I just found out 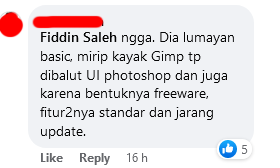 “It only have basic capability akin to GIMP with photoshop UI, and because it’s a freeware it hardy have any update.”

And he added that krita is confusing, has no documentation and people already leaving it to die. Some other people than says that Krita layer management is inferior to the ad laden medibang (LOL), and many other things that simply imply. . . because it’s free. It is a cheap product not worth using and you can’t use it to make great art. . . Which obviously show that. . . .

Which is honestly quite a big problem. There’s a lot of them too. When the one spreading words about your software are people who doesn’t even use or even know anything about it. They will affect people who want to start. They will avoid krita altogether just because they hear nothing but misinformation.

I. . . just can’t forget the fact that my friend scrunch his face when i recommend krita after he says he wan to try drawing digitally.

If krita is a big company with a lot of money, they can just put some extensive ad campaign to fight the misinformation and spread the words that it was one of the best. But then, it’s not. So. . . . let’s make something great and post it far and wide. 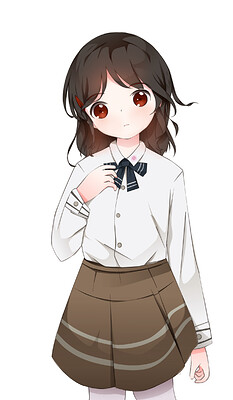 A picture is worth a thousand words

ok, even i know that sounds criny

. I say its sunk cost .
I think its time to create a full showcase kind of thing of what krita can do :3 and current in development thing. hahaha. If im not suffering in at work right now and has better handle in making video [outside of technical / i.e i can edit but i dont have the feel for transitions and stuff] .

Gonna be worthwhile to try put something this coming weekend.

I think blender is in a better position before. . . considering that 3d creation market is pretty much only have very expensive stuff. So in a way, blender used to not really have any competition.

Its the reason blender get there faster.

but during those times - there are also alternatives like modo, softimage albeit they are still alot more expensive than what alternatives in 2d space is.

They also say the same things [alot more worse during 2.4x 2.5 days].
Until this alternative get bought out, died before blender, switch to subs model. Kinda whats happening in the 2d space - in a slower way.

Blender though has better footing in 3d compare to Krita. So yeah they’ve been positioned better - to get the growth they now have.

Still i can see Krita being posed to grow more in terms of user. ^-^

And you are right , because krita doesn’t really have PR so people have huge misunderstanding about what it currently is.

We can’t do much about ignorance and we cant help people who have preconceived notion about free things being bad. For them it is really good and apt they get ripped off by paying subscription. These people are meant to be exploited

Still, isn’t Krita growing quite a lot? Is there any numbers or data on that, say number of monthly downloads? I got the impression that Krita is bigger than ever and that the user base is growing.

Also, it’s a known principle that a high price for something can give the impression that it has better quality, whereas a low price the opposite. Maybe that is why some people are delusional about open source and free apps?

I’ve seen ‘reviews’ like that before. It’s often people on so called technology websites who write a review about an application but don’t use it for any length of time and make no effort to learn about it.
Then they compare it with something they’re familiar with or they ask a friend.

I once saw a comparison review on YouTube for GIMP, Krita, PS, CSP and others.
The reviewer said that GIMP didn’t have stylus pressure sensitivity. That was because he couldn’t get it working within a short time and couldn’t be bothered to invesigate that.

There will always be ‘cheap’ reviews like that in various places.

looking form the inside, krita is growing by leaps and bounds indeed.

I don’t think a company can do very much about uninformed claims and misinformation as it is just so easy to make an unfunded claim on social media, and a lot of people do not do even the simplest fact check or research themselves. Social media is also known for giving a very skewed perspective on things.

Take the backlash against Clip Studio Paint for example: a lot of the posts I have read are poorly informed about the actual situation or just retweet other badly informed posts.

Krita has been around for a long time now, and in various guises and development phases. I am sure some of the claims made by some people have been true in some stage, but not anymore. Krita has had such a steep development, people have trouble keeping up!

But there is also a lot of positive reactions too, so it is better to concentrate on those, as there is no means to reach or please everyone.

Exactly, i have found so many casual tech review like that here. A review that clearly sometimes show the person himself doesn’t even know what he is talking about. The bad part is many look up to them for information. 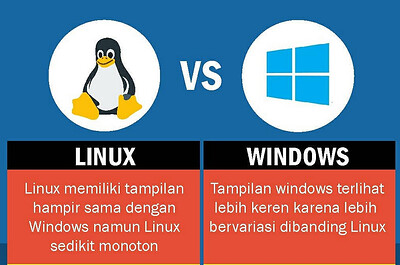 The best arguments ever

If there’s a monotone OS, Windows is exactly the right one…

We can’t do much about ignorance and we cant help people who have preconceived notion about free things being bad.

Some are still blocked in 1999 where installing a Linux was really hard, other don’t really care about their privacy, and some prefer to use hacked version of proprietary softwares instead of looking for open source alternative juste because the proprietary software is used by “professional” and might give them the feeling to be as good as a professional…

So, I finally let them do as they want: the best software will always be the one for which you’re thé most comfortable to use.

For most of users Linux is great, like my father he just uses computer to watch movies and youtube videos, I installed Linux for him, he has never had any problem using it. But most of ppl only know about windows or Mac.

ahh yes, professional tools my junior is really obsessed with it that . . like when he started to do art seriously what ask me first are. .

It’s like he need to have all the best this or the best that even before learning the basic.
And what’s sounds more best than something that’s. . . .professional?

These peoples like this guy are simply a giant joke ngl

On twitter, some csp users seems to really not understand what they’re talking about… 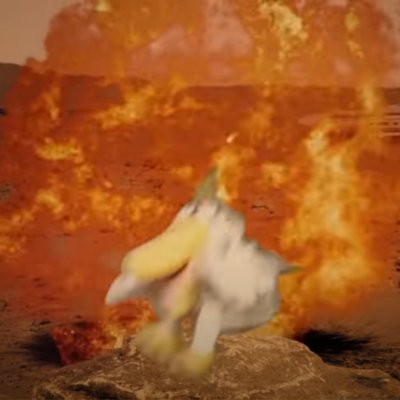 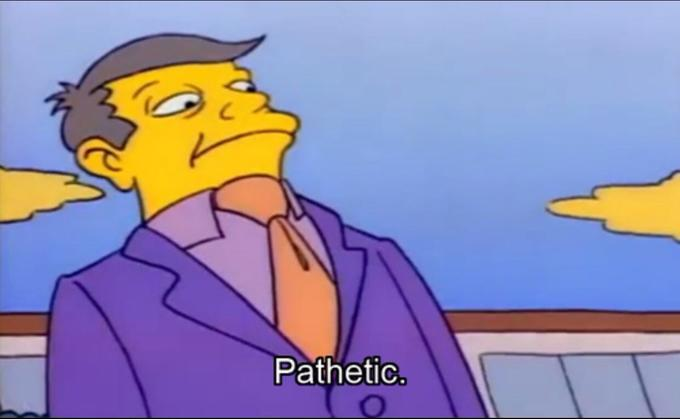 This page hasn’t been changed from years noW I think, and They probably didn’t try to read license page to tell such stupid things…

This page hasn’t been changed from years noW I think, and They probably didn’t try to read license page to tell such stupid things…

Maybe due to language barrier and my lack in english…

Then I understood this tweet in the opposite way it was written for?

It took me some time to understand he was paralleling the facial expressions. At first I thought like you “he’s saying pathetic about the banner”

Well it is quite vague. Skinner should be looking at CSP and say “pathetic”. Now he has Krita behind him, looking out into the void and says “pathetic”.