Standard window sizes regardless of language and resolution

So, I’ve been really bothered by this for a long time now, problem was I didn’t know where and how to talk about it (mostly due to English not being my first language).
I’ve been using Krita for three years and a half and I noticed that when the language changes (edit: and even now, right before posting this thread I’ve noticed it also happens with English as well) the size of the dockers and brush creator changes as well due to the words’ length.

At first I thought it was kinda annoying but harmless, until I had to open the brush creator in Italian on an old monitor. I had to choose between having the brush list or the white canvas to try the brushes. Also, there’s no way to decrease the dockers’ size when using another language on a tiny monitor. 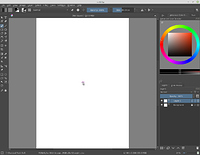 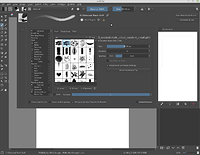 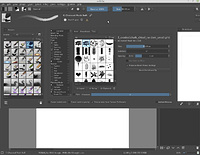 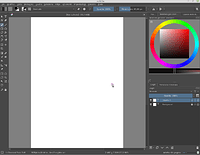 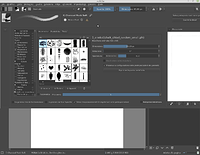 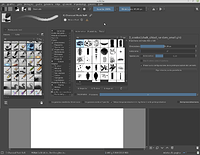 Other Krita users I know (that aren’t in the forum) have experienced the same problem with different OS and Linux distros.
I know this is somewhat harmless, but I can’t help but think to all the people out there who don’t speak well English with old/tiny monitors or simply under the 1920 x 1080 resolution.

So, just like my title stated, my feature request is for a standardized size of all dockers and brush creator etc regardless of Krita’s language and monitor’s resolution.

I get the issue but tbh I don’t know how it could be solved. Your first set of screenshots clearly show that at least one of the reasons is the checkbox “Preserva la configurazione…”. Texts in those labels are written by translators, who often don’t try the applications they translate… (that’s definitely the case for Polish translators

). We don’t have control over it. We could make sure that the label won’t show the end of the text if the text is too long but would it be a correct approach here?

Btw, that checkbox is removed in Krita 4.3.0, can you please check that version?