Well I did it again.....new computer

I may not have shared my horrendous experience the last couple of months after ordering a new XPS 15 laptop from Dell. I’ll try to be brief.

When I saw the specs of the latest crop of Dell XPS machines (and begrudgingly willing to spend the money) I jumped at the chance to upgrade.

Ordered a New xps 15 9520 and then waited several weeks anxiously for it to arrive. When it did I spent the first day checking it out and then loading/transferring/installing software on it.

Got up the next morning and noticed the battery was dropping and not charging despite being plugged in. Tried alternate power supply etc to no avail. Then spent over an hour online with Dell doing the same shit before getting authorization to return it. Which I did for a refund.

I swore I’d never order directly from Dell again, but damnit they are the only ones that have exactly what I want and have excellent design and windows hardware…so…I did it…jumped back into the deep end and ordered a xps 17…and have asked for the credit/discount they offered me after all the mess… we’ll see…

My second computer was from Dell and all the laptops(5 of them) in my family are from Dell. The desktop was xps studio 8000 (2009 year). later I went the self assembling route for desktop. The studio xps 8000 still runs well but I have changed its case to a corsair one. My son uses it now.

Yep. I’ve loved their hardware…but it was a nightmare this first time dealing directly with dell for purchasing and then getting credit for a DOA Laptop.

My desktop prior to the first xps (the one I’m using now) was a generic tower which I upgraded considerably over the years… I’m past my fiddly stage though and just want it to be a great appliance!

Oof unpleasant experience…let’s hope they do it better this time.
I only had one Dell product so far, a monitor, and that was over a decade ago.

But all the stories I hear from Halla with Lenovo hardware and support, they can’t be any better xD

I myself really need to upgrade my desktop PC, but I just can’t make up my mind…neither spec wise, nor if I really want to build myself again (and live with a few quirks despite spending days on finding components without issues). But who takes Linux support serious beyond pricy ones like System76 and Tuxedo…just shipping some Ubuntu preinstalled that runs without major issues when it arrives doesn’t really mean much…

@deevad got his computer built/assembled by some third party. I think it was a good experience.

@Lynx3d : Yes @raghukamath remembers well; I did that with one of this eshop that let’s you pick the component and then ship the machine already mounted and with BIOS upgrade (it cost a bit more, but it was well done, probably better than what I could achive and the rigg could be reviewed by an expert that way). It was a good deal, and almost two year after, I don’t have anything to say negative about it (the review blog post is here ). If I remember correctly, it was mainly about finding an ok motherboard and check if the audio/wifi/bluetooth integrated chip are problematic (searching about them on Linux communities; the problematic ones are quick to find as their owner are often really struggling to get them to work). Same for GPU. CPU/Ram/PowerSupply are rarely problematics. Fortunately, it’s not legion of them on the market; and it’s possible to find detailed info about motherboard on manufacturer website (rarely on the eshop). It took me a bit of time, but with a table to take notes and compare, it was possible to do a reasonable choice.

Yeah well assembling is not the issue, it’s more the fun part for me

But software setup is annoying. And yeah, outdated firmware especially, I’ll be sure to ask if they offer updating it before shipping. Like, my keyboard also shipped with bugged firmware, and guess what, Cherry only has windows software to update it…

With my current system, I had annoying network issues until kernel drivers were fixed.
The one before was not specifically bought with Linux in mind, and it was just a case of too new PCI ID so it didn’t know which driver to load, which was realitvely easily to fix. Then I thought I’ll avoid that this time, specifically chose an “supported” intel NIC, because sopposedly they have first hand Linux support, but oh boy were the drivers for that specific model a buggy mess for about a year.

Yeah, I did it… after the horrible debacle with Dell business … I did finally get my refund but not until I continued to badger them. And after much mulling it over for several weeks and looking at thinking about alternatives or simple staying as is, I ordered a new Dell XPS … again … but the big brother, the XPS 17 9720… which as of this posting is scheduled to arrive this week. I hope it lasts for a good long while cause it was not cheap…May it serve me well. I hope to transfer my current wip (another birdy) to the new machine and finish it there which should make for an interesting test.

It was me, I would buy a Lenovo Legion 5i 17. Preferably in a nearby store.
If I order it online, I’d check the specs first and would buy it only via Amazon or Cdiscount.
Machine like this are polyvalent and recommendable to all. 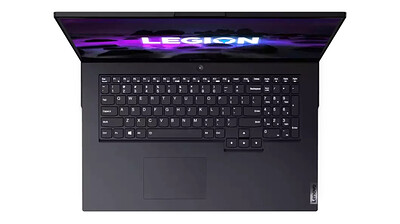 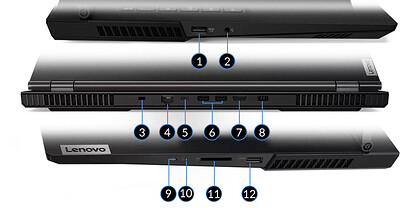 According to the Dell specifications, that model has an M.2 PCIe SSD so that should be good for the boot time and the file read/write speeds

Just to make a note in general, don’t be blinded by the “hardware”, especially these days when something can have good hardware on paper but that hardware is gimped by the design. Don’t get me wrong, I don’t mean to say that applies to your purchase specifically, just a general statement about laptop purchases.

Personally, the review site I found best for evaluating laptops who looks deep into the technical of laptops and compares them objectively is Notebookcheck. 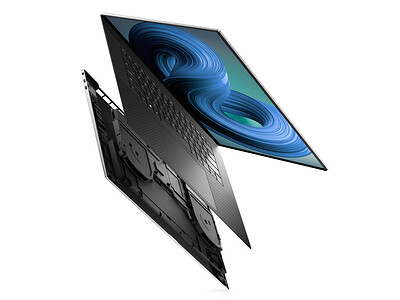 The Alder Lake platform has done wonders for the XPS 17 series in terms of raw performance, but it comes at a cost that power users ought to be aware of.

Computer arrived late in the day yesterday. Just a brief note here to say I really really love the deep rich colors and screen…much improved over the XPS 15 (9550). I’ve got it pretty well set up…enough to use Krita and the web at least.

Ran into a small annoyance in that the brush strokes seem to lag a tiny bit moreso than on the 15. I tried fiddling with various settings (blamed it on the bluetooth mouse/keyboard for a bit but that is NOT it) … it’s not horrible, just noticeable and I’m guessing it has to do with the greater color/image processing it is having to do … dunno really… In any case I continued my work on my latest bird a Tufted Titmouse…will post a wip thread of the final soon… 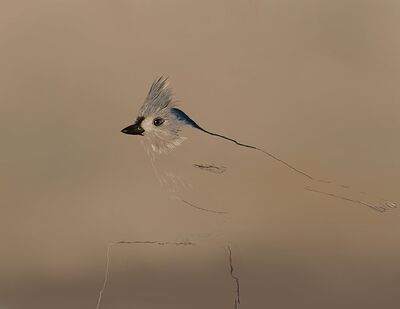 …and…it died…almost the same manner as the previous xps-15 9520. I think Dell has a problem of some kind with these new machines and battery charging… I really don’t think it was anything I did. I plugged into the same docking adapter that I’m using on my old XPS-15 and that has worked fine for years.

This time the XPS-17 seemed to be working normally until early this morning (second day) and I noticed the battery dropping…tried the supplied charger…nothing…plugged in a second power supply…nothing…then when I rebooted with the dock in place it seemed okay for a few hours … then went into a death spiral…fortunately I was able to remove my personal data/software and reload windows before it ran out of juice.

Yikes that sucks. Maybe get a Chromebook? Hesrd you can run steam on it. Which can install krita

You can run full krita on any x86 chromebook, it comes with a linux debian container that lets you run any linux app.

That said, the problem is most chromebooks are low end, and the higher end ones are a bit overpriced.

Does it have any problems if you use it out of the dock?
Whatever is happening, I hope you get to a situation that you’re happy and satisfied with.

Do the chargers have the same output voltages?
If the old charger has a higher output voltage than the new charger, and the battery does not have a protection circuit against too high input voltage, you could have “fried” the battery.
In my former times I have seen more broken devices in the Repair-cafe, because of this circumstance, than one could transport in an old VW bus.

Although there are coded plugs, i.e., plug shapes which are intended for a certain voltage, these are not always used. Also, Manufacturers sometimes disregard the specifications and install “wrong” plugs because they still had some in stock from the previous model and did not want to dispose them.

Whether you call this environmental protection or whether you regard it as deliberate damage to others property depends on your point of view. The manufacturers always win, be it because of the old plugs they do not have to dispose, or because they can provide more repair service this way or sell even more new devices.