I’ve decided to create a short 2D animated film as a personal project. The film will be 1-2 minutes long, and will be created within a 7 month period. I will animate the majority in Krita, and use Blender’s Grease Pencil for rough passes of complex 3D shots. I’m 2nd year animation student at university, and I’m hoping the process of this film will help me pursue a career in Visual Development for animated features.

This thread will serve as a blog/timeline of my full process, in addition to my Instagram: lewis (@lewisfullerhill) • Instagram photos and videos .

Thanks for reading, and I hope you enjoy!

The idea for this film came from a prompt: ‘Winter’. The prompt was originally for a university animation competition, but I knew my film would not be finished by the deadline. In fact, the entire pipeline from visual development to backgrounds to animation to sound & editing would be quite an undertaking for one person. I would also be making this film in my own time outside of uni. Therefore, I needed to keep the story quick and simple, and focus on setting achievable goals within my timeline.

I started with story last week, cutting through numerous iterations to slim down the sequences as much as possible. The rough storyboards where done in Krita using a free Studio Ghibli template I found, which I then split into an animation sequence in Krita’s timeline, found below. 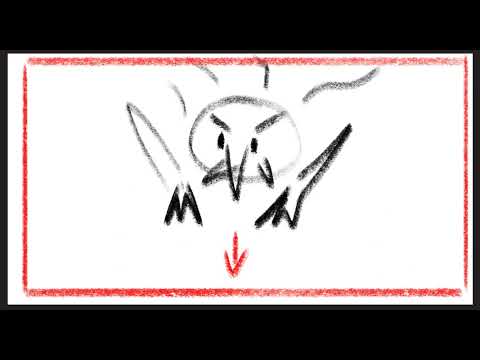 I wouldn’t really call this an animatic as it doesn’t have timing or any level of polish, but I wanted to have an idea of my story in motion.

[STORY] The Queen of Seasons rushes to retrieve her magic crown from the jaws of a cunning arctic fox, before time runs out to turn Winter into Spring.

With the basic story outlined, I began the visual development process.

At this stage it was important to work quickly. I was still figuring out a visual style that could balance realistic lighting with the production demands of one team. I also didn’t want to spend too long on this preliminary research, and risk sidetracking the project.

This brings us to my most recent work. I began exploring the character of the Ice Queen:

Both versions took 2-3 hrs. I wanted her to feel heavily stylised and appear one with the natural setting. I used the legend of the Cailleach, a Gaelic deity of Winter and weather, as inspiration. The film would be set in a wintry forest, therefore I incorporated tree horns and icicles within the design. I imagined the white cloak would blend in with the surrounding snow and provide an element of mystery to the Ice Queen character.

Conversely, the ‘Spring’ version would be more vibrant and embody new growth, with green sprouts and glowing horns.

It probably helps to say that I only paint on one layer, which can be said for all the previous paintings as well. I find it more intuitive and quicker to paint, rather than wasting time making sure you paint on the right layer. Obviously the animation stage will use multiple layers for backgrounds etc., but I thought I would mention it for this part.

Here are some fox studies for this film:

The following are my studies from Aaron Blaise’s course on drawing wolves, coyotes and foxes. I managed to snag it for free last year, now I have a use for it! I would highly recommend it for anyone interested.

The foxes studied in the course were red and grey, but I used the same principles for arctic foxes.

Going forward I will simplify the fox’s physical characteristics so that they are easier to animate. These studies form a great basis on which I can bring the fox character to life.

Here’s some fox explorations, I’m looking for something cute but also sneaky. These took about 4 hours.

And a small style test for the film. I’m liking the idea of a watercolour look; shadows and highlights can easily be applied as a shaped gradient with a nice soft exterior.

Thanks so much! Yeah I would like to hark back to an ancient time, with an old papery feel too!

Nailing these final character designs is a bit of a challenge, I think I’ve got the Winter fox version right, but the Winter Queen’s harder. Here are some sketches. 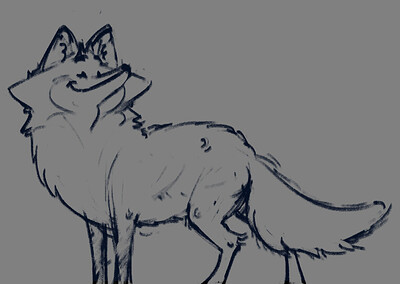 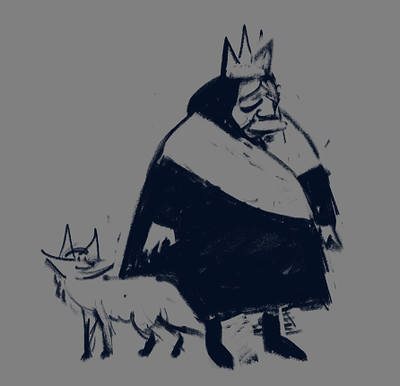 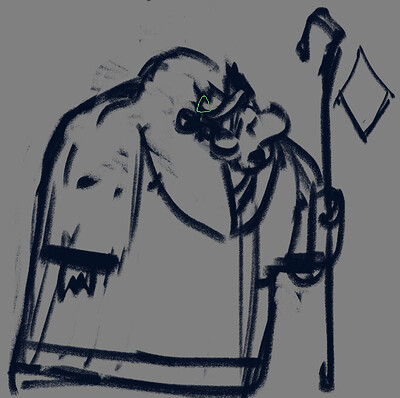 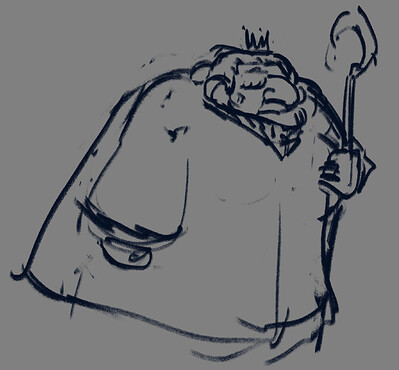 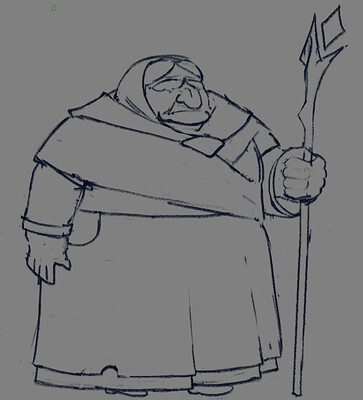 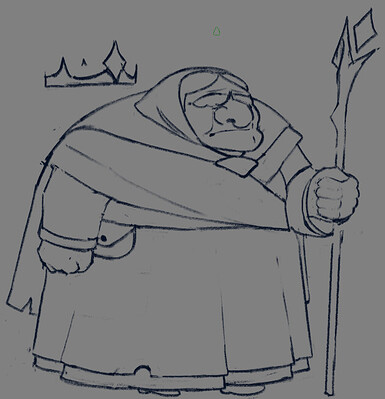 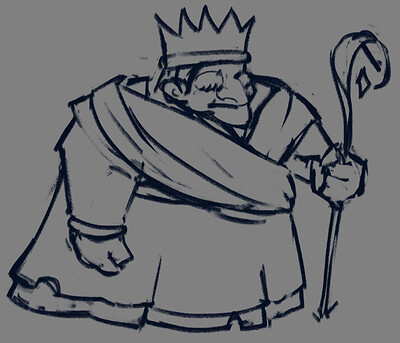 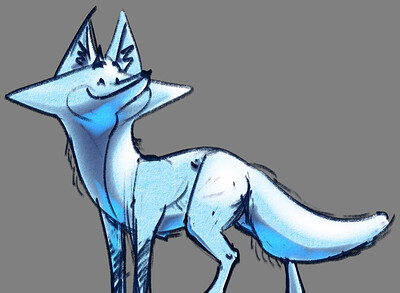 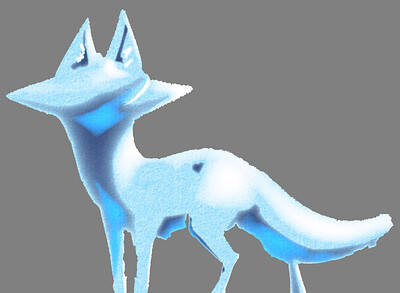 Nearing close to the final designs of these characters! I’m still trying to figure out the visual style of this film, but I’m confident it will come together in the future. I used a ‘Hard Light’ layer for the lighting in this image, I like the rough blending of the light into shadow. It would be harder to achieve this blending effect with separate layers for bounce light etc., but it would also be hard to edit one element of the light if they were all combined. It will be a matter of how efficient I can make the lighting process in the long run.
Anyway, I thought the linework being affected by the light was a nice effect. Onto storyboarding! 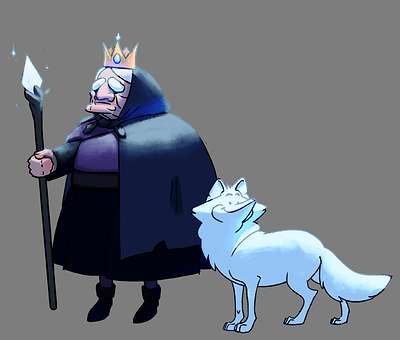 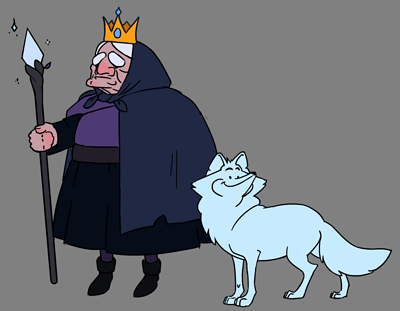 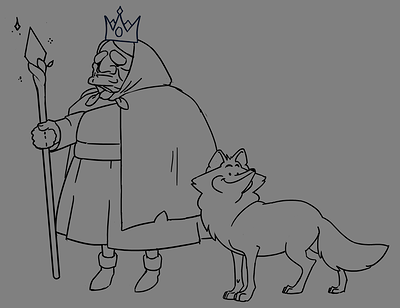 Storyboard’s about halfway complete, in the meantime here are some colour sketches that have been building up. I’m trying to get a cinematic feel for this short, and want the weather to reflect the rising tension.

Literally awesome work so far. Those figures had a “Klaus” shading look to them.

Wow, this is a lot of work. My best wishes. I think this is the best way to discover things with Krita

@Sineater Thank you! Yes I’m still figuring out the style of the film, I was thinking something between ‘Klaus’ and ‘The Dam Keeper’. I want to capture the emotions on the character’s faces, but also to have a traditional feel to it with texture etc.

@RamonM Thanks! Yea I’m using the pre-alpha of Krita 5, so the new Storyboard Docker’s really coming in handy at the moment!