hello everyone, i’m participating in another challenge. Here is a character design, i’m starting with some composition before going more on the design.
Please, can you tell me which one you prefer and why? 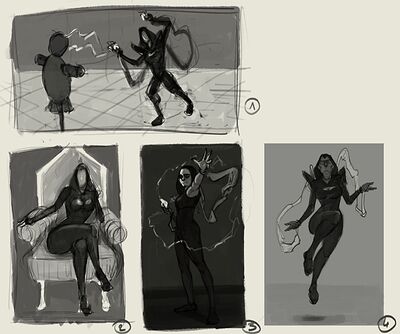 For the context, This character is a mage, she teach elemental spell in a magician university.

Number 3, I think, because it looks more like she’s showing some kind of magical activity to her students. Perhaps adding something like a blackboard with magical formulas written on it in the background would help with telling the story (if it’s the kind of magic that requires any formulas).

The top one has not got a good sense of weight distribution/firm footing. I think the first one is nice for the action. But like more wow factor, seeing a before and after on the target dummy , would be cool. Btw you may want to check out Battlerite (PC game) gameplay. Especially like target dummy practice.

I like #2. It’s an interesting pose and I think the light chair holding the dark character reads well.

Number 2 because of the perspective and attitude she gives off while sitting. I think adding magic effects and some dynamic lighting would look really cool. Maybe a desk on the side too. Her facial expression will have the most effect on what her personality/character is: is she serious/calculative, playful, angry, etc.?

I also like number 3 because she looks powerful. I think a lighter or gradient background, and with her legs posed like number 4, would look nice!

So 4 would be my choice - there is an implied diagonal there that gives a sense of motion, where the others feel more stiff/static. I would consider some alternative posing for the legs just because there is a tangent between their outlines and it’s distracting.

@KNap @tachiko @Sooz @Frittatart @kynlo thanks for your advices and comments, i’ll try to mix all of that and make more propositions

here is a new batch of tests, now i’ll play with clothes design 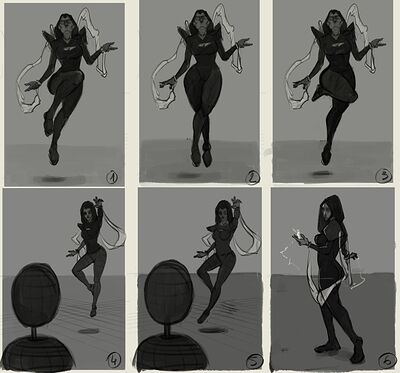 I like nr. 6 best. The pose looks more sophisticated than the others. 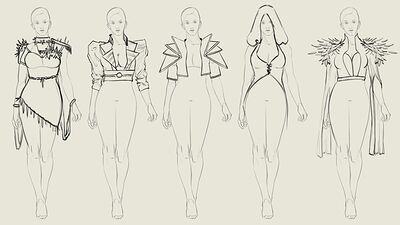 Can’t say which is better, it depends on what you are going for.

I liked nr. 1 and from nr. 3, the poses are dynamic: they would become clearer if you separated your feet further from your body. See that in nr. 2 they are more separate and clear.

At nr. 4 and no. 5, you added an object: this helps create interaction with the character. But, if the character is the main element of the illustration, ideally it should be in the foreground and the object in the background. Perhaps it would work better if you mirrored these two drawings: instead of placing the character on the right side, you placed it on the left…

To nr. 6 has a clear pose and the way you placed the legs was great for giving it three-dimensionality. The only problem is this: the character is vertically centered in the frame, making it more difficult for her to interact with the scenery, if you decide to detail that part later.

To solve this, you can move it a little to the right or left (it will depend on the scenario), in order to leave a little more space for the scenario.

I am not very good with composition, but I like the design of number 2 especially if the view point can be taken from lower angle to emphasize the high and mighty feels for the character.

I always though that’s why king’s throne always put in an elevated position, so the people would “Look up” to the king or the king would “look down” on them.

i don’t know yet if i’ll have a soft background or not, the character has to be the focal point, i’ll see…

@ynr_nohara that’s the reason i think, king has to be “higher” than the other

thx @SoniaBennett but i choose the last one, puffed sleeve, even in leather don’t make me think of a fantasy universe, more cyberpunk… 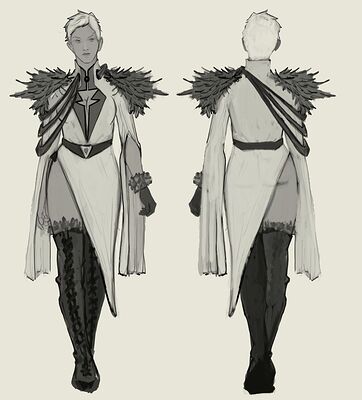 Ahh I see! I didnt know what it was for, you’re right! 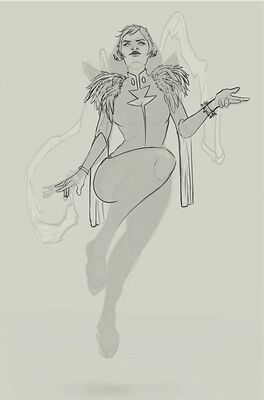 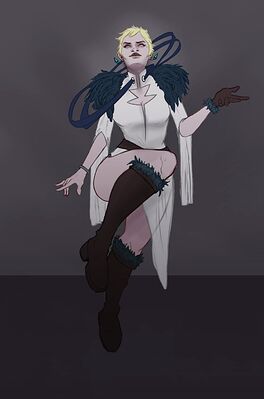 some research for a creature… 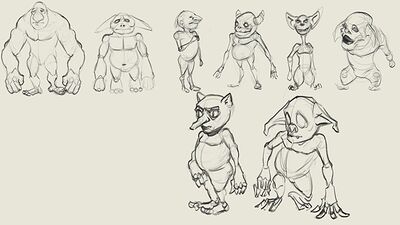 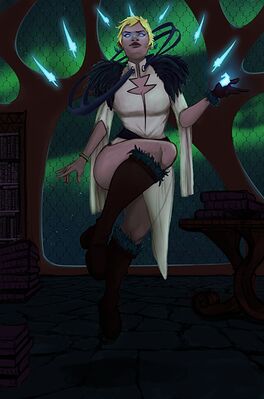