My plugin appears TWICE in the python plugin manager? 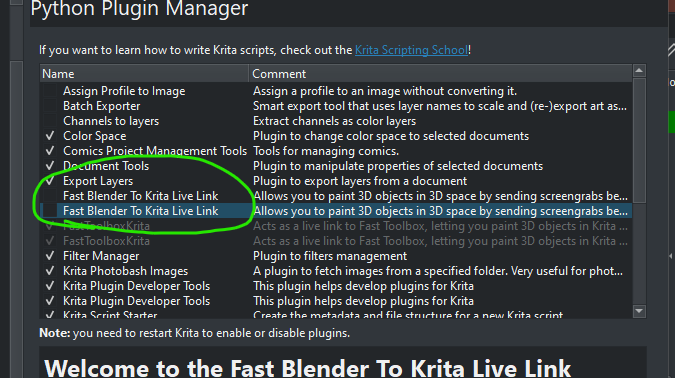 How could this happen? How do I know which is which so to speak, are there other places where a duplicate might have been created (other than under %appdata%/krita/pykrita) ?

This is a glitch in Krita, but it does not affect the function. You can check one box where you like, and you can check both boxes and your plugin will work, at least if it is bug free.

It still exists in version 5.1rc.

After I delete “kritarc” in local, it displays normally in the plug-in directory.

But once I check the installed plug-in, it will become two at the next startup.