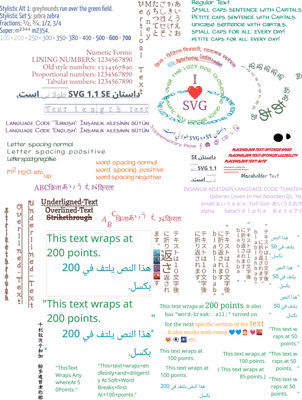 What the Krita Developers Are Up To, Part II | Krita

Krita 5.1 is nearing its release, and working on that has claimed a lot of our attention. Not that there haven’t been other things happening! And not just bug reports, though with on average a hundred new bug reports a month, that’s taking a lot of...

Thanks to the developers for their work.

I was wondering, as a user can I help with reported bugs?
For example, after the actual test confirms that the bug exists, it is changed to confirmed.
（Except for my own reported bugs.）

I use both CSP and Krita, and both have their strengths and weaknesses. I don’t want Kriat to turn into CSP, but there is one thing that bothers me intensely, and that is the many keystrokes Krita needs to make a selection, transform it, and then get back to the brush.

In Krita, I have to make a selection, press ctrl+t to transform, press ENter to confirm, ctrl+shift+a to deselect, and then B to get back to the brush.

If there is one change that I would like to see, is at least a bit less key presses to do a simple thing as transform, and then back to drawing again.

Yes, bug triaging is a huge help. @AhabGreybeard helps with that as well – test a bug, and if you can reproduce, set to confirmed, if not, add the triaged keyword and ask for more info.

I’m glad to see that Krita is comparing itself more to CSP than Photoshop, which I see a lot of users doing. Photoshop is hardly a viable art-first program nowadays. After using CSP for years I finally searched for something else, and through all the programs I had tried, Krita was the closest match that provided the largest and most capable featureset to even be comparable to CSP

This is just about everything I’ve ever had on my mind while using Krita after the switch, and seeing it all laid out in a docket like that ready to be tackled makes me excited for the future.

Bug triaging (kicking, prodding, tickling, examining it and reaching conclusions about it) is a fascinating pastime and I can recommend it to anybody.
There are no deadlines and you just do what you can when you can.

In general, the objectives of the development team are clear and effectively implemented. However, I have doubts about the sentence “animation – krita is already light years ahead of CSP”. Maybe we need some re evaluation here.

I was wondering, what happened to krita gemini/sketch? Lounge

krita can also make some general changes. For example, the selection toolbar of csp. It is very convenient for both computer and Android users. I don’t know how complicated it is to transform krita’s existing toolbar into it. Maybe the python plugin can do it too [image]

It should be a floating, configurable toolbar that appears only during selection

I’ve reported a lot, but I also don’t know that I can confirm other people’s reports… I’ll do it later.

It gave me an immediate flashback to one my favourite animations of all time. Anyone remember the intro to 1970s Monty Python shows where the head would open up and all kinds of wonderful things spilled out?

this was a really good blog post addressing some key points in a recent discussion.

i think its important to highlight that theres a lot of work being done that isnt immediately obvious to users but thats very necessary for kritas longevity and performance. file format support, library maintenance, color space handling, general bug fixing and optimization, and large scale projects that take several months for a pair of developers to get to a presentable state. theres also a lot of time-consuming work required to maintain a large open source project that wont show up in release notes. for example, dealing with tax authorities back in 2017…

i would personally love to read more in-depth posts on some of the work being done though! developers showcasing what they’re working on (or have been working on) and talks about why they’re doing it, decisions that had to be made, and goals for the future. blender does a similar things for when they’re working on larger feature projects and its a pretty interesting read.

Definitely a good blog post. Very insightful, thanks for this!

So much work going on behind the scenes and way more in the planning, it’s quite staggering to me how many things the devs want to work on. Not to mention bug crushing work. Especially when you look back into the older roadmaps + release notes. Big props to their work!

I do struggle a bit with the statement that development seems to be laser focussed on Clip Studio Paint. I underdtand where it’s coming from.
Sure Krita is much more catered towards digital painting than Photoshop and Affinity, but I personally wouldn’t leave the others out. Several interesting (small) features may be available elsewhere than CSP. Features that may aid particular workflows in Krita in and of itself (so not for the sake of mimicking other software). Though, I presume, it wasn’t meant to be this black and white and more nuanced. Recent feature developments indicate as much too.

Some of us have been working on Krita for more than a decade. Some for nearly two decades, in fact, and we know what we want Krita to be.

I’m sure you do. I meant to say already in that other hot topic, that I very much trust the developer team to have a real vision of Krita and to make the right decisions. Imho free open source software not only means free for users but also free for the devs to decide what direction they want to take it. If you look around on various software forums and check out the feature requests, it becomes immediately clear, that every application would turn into a monstrosity, if all requests would be implemented.

My very first thought when I launched Krita for the first time: "Oh, that looks clean and very well thought out - somewhat professional ". Thank you for such an amazing program!

What I really love and admire is openness of Krita’s dev team. The updates of CSP, Paintstorm or other quality painting apps are always the cat in the bag, or even Schrödinger’s cat like Photoshop, you never know what next update will bring (and if update will be) and when, and only can hope for the best.

Several interesting (small) features may be available elsewhere than CSP.

You remind me of this.

Merge layers of different blend modes in mypaint, and it doesn’t look different after merging.
I haven’t seen other software (including krita) do this.

Thank you for the update! It’s good to get an idea where things are going.

One thing I’d like to raise here is, at the risk of tone policing, I thought the post sounded kind of dismissive / defensive about the text tool. It seems strange to say it’s actually better than some of the competitors’ tools except for having to use a text box for entry and editing - I’m sure you devs are aware that not having on canvas editing is a major usability problem. I would have preferred to just hear “We know it needs fixing, we’ll work on it when we can”. The blog post leaves me thinking maybe you consider the text tool pretty good now.

I would love to have an on canvas. so i hope that in the plan in 1year or 2year. I know the devs are aware of it.
its a major usability hurdle and I think one of the hurdle many has not fully commit to krita.
The textbox even if it works - is not as smooth and its kinda jarring in usage / specially if you are placing text inside a bubble.

I know krita is mainly a painting and illustration app. I can say text tool [on canvas] is part of it - looking at some of the development thread and features that focus on comic/ webtoon artist side. I think a good easy to use text tool is important to add to that.

I’ll be testing the text tool update and give my opinion. Though I would still really prefer that the oncanvas editing hopefully will be in the timeline in the future. 5.2?

Though i understand that despite how easy it seems to say - hey add an oncanvas. It’s apparently really complicated code wise.

As the person doing the text work, I’ll be working on text-on-canvas at some point, simply because the current text editor won’t be able to show everything the text shape will be able to handle (the most blatant of which is vertical layout). I’m currently focusing on getting the text layout to handle everything we need it to handle, which in turn got interrupted by the documentation and release notes for 5.1.

I still need to work on tests for this initial set of updates, and one of the other devs (amyspark) is going to help me optimize the shape. Then I’ll be working on getting text-in-shape ready, and after that I’m investigating an ability to programatically edit text which will be the basis for the oncanvas text tool. When I get to that point I’ll make a thread here about the basic workflow, because there’s some UX things and potential bugs that I’m unsure about. It’s likely the full project will take about a year still, given I also head documentation efforts and release notes.

Edit: As a side note, I myself write comics for time to time, so I’m also super selfish with this project

Edit2: I think halla was just trying to temper expectations. A lot of people think text is easy, but it’s pretty fiddly, especially when you want it to handle multiple languages, and a lot of text tools out there do some pretty atrocious things to scripts like Arabic. I’ll be writing a blogpost with the tests to explain how complex it can get, but I basically had to replace everything we were doing.

That’s really good to hear. Really thank you for all the work you have done and is doing

[to all the other devs too]

Edit2: I think halla was just trying to temper expectations. A lot of people think text is easy, but it’s pretty fiddly, especially when you want it to handle multiple languages, and a lot of text tools out there do some pretty atrocious things to scripts like Arabic. I’ll be writing a blogpost with the tests to explain how complex it can get, but I basically had to replace everything we were doing.

My cats its more complicated than what i was imagining. Now that i think of it - Im starting to list alphabets in my head that can get hard to get right.

Thanks for all the hard works, as always.
I hope the devs focus on what’s already inside that’s not finished tho, (e.g ‘not implemented’ sections in Layer Styles) rather than adding more and more features. But I think you’re already considering that too.