I’m sure the developers are aware of this situation: 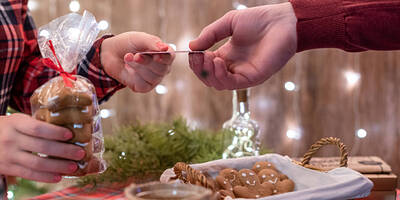 'There'll be no more work from external/unpaid contributors' – dev

I’m wondering if this will this have any effect on future development?

@boud already wrote something about this here:

Ah, so it’s been simmering for a long time.
I wonder if it’ll get forked.

Right now we’re still on Qt 5.12, not 5.15, because newer versions have awful bugs, like hanging on windows if you put opengl content in mdi windows… We probably will stay with 5.12 for at least a year, keeping our long list of patches around.

We won’t be contributing patches upstream anymore of course: we never were really good at that, but we did contribute quite a bit of work over time.

Then when Qt 6 becomes viable, probably around the 6.4 mark, we’ll have to spend time porting Krita to Qt 6. This is trickier than the Qt Company makes it sound, because we depended on several public Qt technologies that apparently were only created for internal use in Qt, like QPainter.

Does this mean there is a possibility that krita breaks up from qt?

How would be Krita without it or should I ask are there alternatives to it? Not that I am against or pro it but it is a lot of work done with it now. It would be a big reset.

And it seems the qt company does not want to be in that agreement at all. Maybe some other work frame investigation would be a good thing in case things become more sour.

Does this mean there is a possibility that krita breaks up from qt?

No… That’s simply not possible. What’s most likely going to happen is that there’s another change in the corporate structure of the company (or companies) behind Qt, things will change again, and after a bit of fuss, Qt will just continue.

We’ve had Trolltech, something I’ve forgotten, Nokia, Digia and the Qt Company.

Once technology has existed 25 years, it won’t just disappear, especially if it’s under a free sofware license. And Qt is pretty unique these days: there used to be a dozen cross-platform ui toolkits, and Qt is the only one left.