Remote such as this exist but I don’t think I will ever drop that much money on a controller. 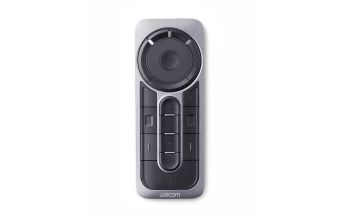 ExpressKey™ Remote is designed to help boost your productivity. With 17 customizable buttons and a Touch Ring it offers time–saving shortcuts for all your favorite creative applications. You can connect up to five ExpressKey™ Remotes at a time (one...

I use a steam controller and the mapping is done via steam input. The configuration interface is a bit jarring but seems to be the most feature complete. I am left handed so everything goes to the right, but it shouldn’t be too difficult to adapt them to yours.

After much iteration I have landed on a configuration that I feel comfortable with.

Mode Shift: In steam input every controller button/pad can be assigned an alternative action if pressed with a mode shift key. In my case the key is assigned to the right shoulder button.

There is plenty of buttons that can be mapped to additional actions via mode shift, but the steam controller’s shoulder button is really stiff and the contour of the controller is awkward, and hard to use one handed so I avoid that as much as possible, the experience would probably be better on a ps/xbox controller.

The controller does work via bluetooth but sometime I get repeat actions (like 12 undo in a row) which is unusable.

There is other mapper software out there (joyshockmapper, sc-controller, antimicrox) that can be used without steam but I have not used them so no comment.

Lua Macros can map your second keyboard to additional macros. There is also autohotkey but I just don’t like writing script for that.

I think there is software that uses midi controller as a macro too.

So, what’s your macro setup?

I’m still working on mine, but oh boy it turns out you need a lot of buttons!

I’m using a Switch joycon and the buttons on my Cintiq and I think I can just about get enough functionality to actually not need the keyboard, but it’s a pretty close thing. Dont’ really have a finished setup to share yet.

One hint I do have is that since you have mapped shift to the controller, you can free up the brush size shortcuts for some other use since you can use drag resize for brush size. Unless you don’t like that, of course.

I am aware of that. Doesn’t work well for adjusting very small pen size say 2px to 5 without zooming in.

The increment doesn’t scale up much on bigger brush size.

I know exactly what you mean. In fact, if you’re on linux, I have a test build of Krita 5 (alpha version btw, so beware) where I’ve modified the response. Here:

Thanks for testing, @Zoldyako , @fizzyflower , @AhabGreybeard ! I’ll need to take a look at the function I used here to see if I can formulate it into something a bit more understandable, and possibly tweak the response a little. Once I’ve had time to do that, I’ll see about making a proposal about this change. I’m sure we’ll need more people to weigh in on this to even consider putting it in Krita.

I should probably get around to making sure the algo I used is the best I can come up with and see about making a merge request on that.

Keyboard is better than express key by far.

At home I use a razer tartarus chroma its like 1/3 keyboard with a joystick/ thumbstick.
can’t share the mapping now since i’m away. it has serve me for 4 years albeit the thumb button is starting to wear.

hi everyone, since several month, i use a tartarus v2 “keyboard” and it’s perfect for me. there is also the tourbox that seems to be nice too…

How is the software

Some oem have terrible softwares

Windows here unfortunately. But you have my support

razer driver is correct, and the tourbox seems nice 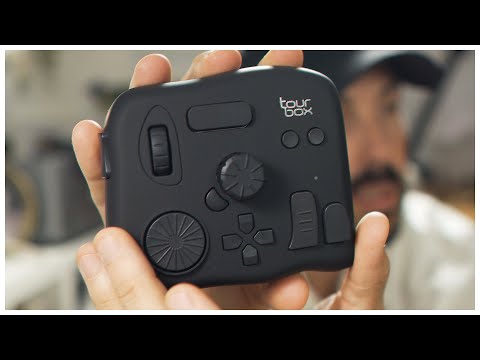 Hello, hows the thumbwheel in practice?

im thinking of getting it once my current one become unusable.

i only own the razer one, not the tourbox, i can’t tell…

my bad, i thought the tartarus v2 has a wheel as well as thumbstick. I might have mistaken the razer model. i’ve been looking at the newer model of my razer and its hard to find reviews that has non game related use in mind.