Hi, my name is Aslan. I’ve been making digital art for 18 years (starting in middle school with GIMP!), and I now work as a professional UX Designer. I have been making art using neural network tools for about 7 years now.

Dalle2 has some “inpainting” tools that are pretty neat. A little clunky in use and it’s not integrated into my actual art tools which is frustrating.

There’s tons of open source text to image models out there. Not as good as MJ or Dalle… yet… but stuff is advancing fast and even the basic existing tools are pretty awesome from an artistic perspective.

Adobe has been very slow to integrate the neural network advances. My guess is because so much of this stuff has been happening in the open source and academic research context. They can’t integrate GPL models into their commercial code perhaps?

I think probably one of the best regarded open source models is Disco Diffusion: GitHub - alembics/disco-diffusion

I don’t know how realistic this suggestion is but I think it would be neat.

There’s also lots of other well trod neural network techniques out there like upresolution, and style transfer.

There 1 million things to be done before AI gets even close to be a priority for Krita. But hey, you could just put it in yourself, if you want to.

The Krita team has already announced on several occasions that it doesn’t plan to integrate AI or Machine learning in the foreseeable future.

Can’t wait until we don’t need to draw at all, we can just tell the computer to draw for us so there’s no way for artists to get a job ever again. The clients will be making work just as good as anything you can do. Perfect!

Once the devs implement this, nobody needs to learn or be good at anything! Problem solved

Artists already have trouble getting jobs though, don’t they? At least I do lol!

I just see this as a tool, like photography, printing, premixed tube paint, krita etc.

One of the beautiful things about open source is that it reminds us that valuable things don’t have to make money. On a long enough timescale all of us are going to be out of a job.

The best comparison is Photobashing, I think.

Anyway. As long as AI can’t do weird fetish art of peoples OCs I’m not worried about being replaced.

I already tried some AI tool too, none of them was able to draw sausages things like me!

I was wondering to implement AI tools with brush engine to get some natural brushes via Machine Learning, for example
train a model from TensorFlow to learn how to get the most exact brush tip and the most accurate parameters and behaviour for a specific brush type, for example, “I want a realistic watercolor brush that blends realistic”, so train a model for making a good watercolor brush using the parameters of the actual brush engine, people can often participate to train the model to judge results, try and error repeatedly and then you get the mos natural watercolor preset, that’s a prima facie idea that comes to my mind i guess

I’m very interested in generating stuff for to use with photobashing. One reason I hit up this forum is because I’m tired of Adobe’s business practices and I figure it would be nice to make the jump finally to krita. What I’ve tried of it is great.

Also the fetish stuff is def just over the horizon lol. The OC aspect though is going to be harder. So far the only way to have a consistent character is to reference a famous person or character.

See these baby celebs I made today as a joke, after I realized all the pictures I had described with “baby blue” ended up looking cute: 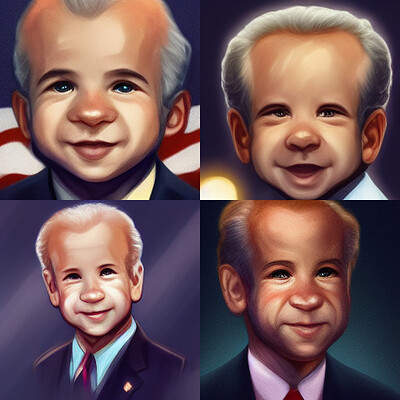 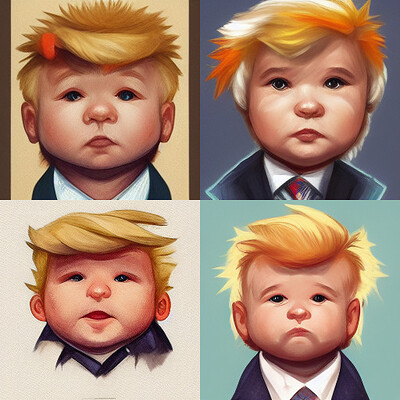 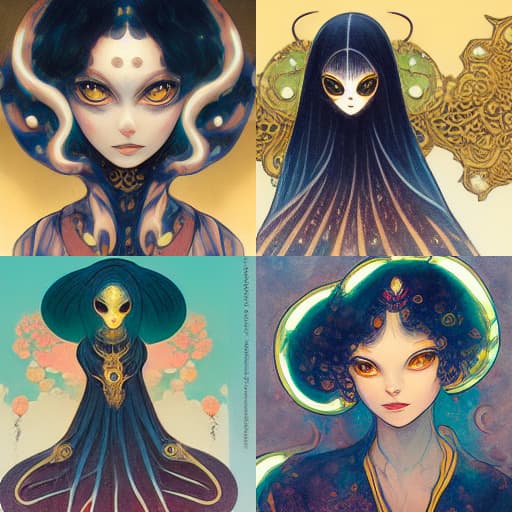 It’s really fun for generating a bunch of different ideas and mixing concepts around. But of course once you create one of these weird little monsters it’s a lot harder to actually use it in additional pictures. I’ve already seen research working on addressing that though.

This topic was automatically closed 3 days after the last reply. New replies are no longer allowed.