The fact that you’ve embedded G’MIC in the next iteration of Krita (5), is very smart and awesome for many reasons that I will not list here. But Gals/Guys what a GREAT idea!

The thing is, G’MIC 2.9.6 got a bug recently when we update its filters, and you (Developers) might not be able to keep it up with G’MIC, and that’s VERY OK, better to have an old version of G’MIC than not having G’MIC at all.

Still Krita 4.4.5 but I changed from the G’MIC appimage to an upgraded G’MIC 2.9.8 to resolve the bug 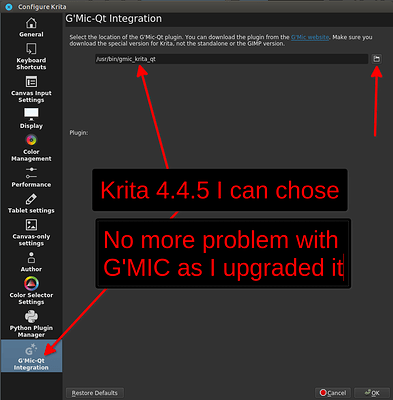 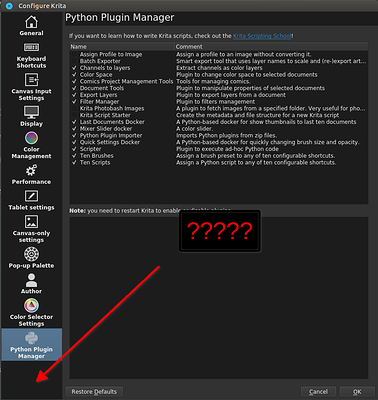 I would like to be able to chose the G’MIC version in Krita 5, is it possible?
for example when suddenly a bug happens in an older G’MIC version like it’s happening right now in the G’MIC 2.9.6 that you have embedded in Krita 5 and which is not maintained anymore by the G’MIC’s team, we got stuck with this bug.
see GMI'C filters errors and a bug I reported on KDE over there 439990 – Updating filters make them not working anymore

In all case, thanks a lot for your time reading my explanations (I hope I was clear enough)

There were some changes that would enable gmic for Krita on MAC. I think that there should be a separation between Mac and windows/Linux builds with regards to this.