Dowload the zip file from here. The source is hosted on Github.

Just an attempt to build a blender link toolbox, to see how people react to the new design.

Download the zip file from the releases tab and go to Tools → Scripts → Import Python Plugin. Follow the instructions there. After restarting Krita, you can see a new docker added to the Settings → Dockers menu called CoolBox, just activate that and deactivate the original toolbox.

Click on the respective tool to activate, long press if you need to open the sub tools popup. Remember if you release the mouse the popup will close with the last highlighted tool as active.

Opening an thread in Krita Artists or an issue in Github works, PRs are welcomed.

CoolBox doesn’t actually syncs with the original toolbox so there will be a bit of inconsistencies, but that shouldn’t be too hard to work with, also the docker is fixed on the left side of the canvas and cant be configured, of course unless you mess with the code. The colors are hardcoded so might not actually play well with all the themes.

Here is a little screencast 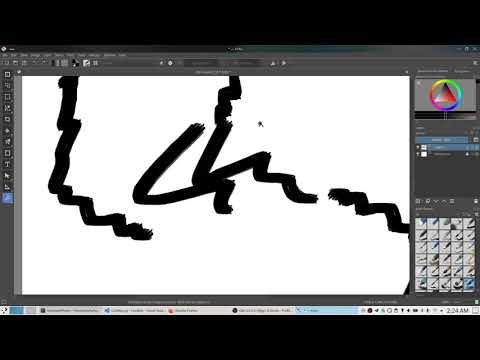 Looks lovely, I really like how clean it looks!

Testing it I have one problem and one suggestion:

Problem:
It might be exclusive to Windows, but I can’t move the CoolBox to the right place, it looks like this. Also at the start it was almost invisible, tucked at the very bottom of my right panel, I discovered it there by seeing some pixels shift when I enabled/disabled the docker. 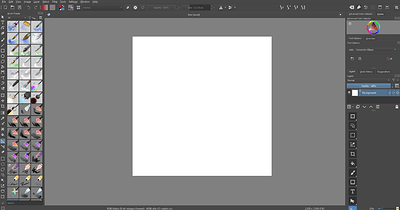 Suggestion:
I think the hold to swap tools is great, but it takes way too long! I think it would feel much more snappy if the time it took was more similar to Blender.

Great work on this so far!

Thats not windows, that is dumb me,

I swapped Left with right,

Also how long the hold time should be? I just put in 1 second for testing this, you can change the time by changing this line, https://github.com/hellozee/CoolBox/blob/master/CoolBox.py#L152

I just checked it out. This is working really well.

I changed the timer to 300ms and that seemed to be a pretty good time.

One idea I had that might be cool is with the sub menu…actually show what the tool name is. Showing the icon is good for the sub-menu, but writing out the text next to it I think would even be better.

I just checked it out and it’s really helpful when it came to space and categorizing the tools. Though for some reason, whenever I long clicked the one of the boxes it doesn’t pop up the other tools like in the screen cast. Instead, it just changes into another tool without letting me choose the specific one I want to use. Overall, it’s a good responsive plugin.

One idea I had that might be cool is with the sub menu…actually show what the tool name is. Showing the icon is good for the sub-menu, but writing out the text next to it I think would even be better.

Hmm nice idea, I was also thinking that if you resized the docker horizontally to an extent it would pop in the tool names with the icons.

Is it with all the tools with popups or just a single one? Did you release your button after you long pressed?

Thank you for the reply. It happened to all the tool icons, but they are now working just fine. I think it’s because I turned off Krita shortly after I sent my previous reply because I had to do school work and then turned it on just now. I’m so sorry for the inconvenience

Ahh, okay, I guess machines also come with a “throwing a dice” factor,

It’s like they can have a mind of their own.

Thanks for your work, it looks good. 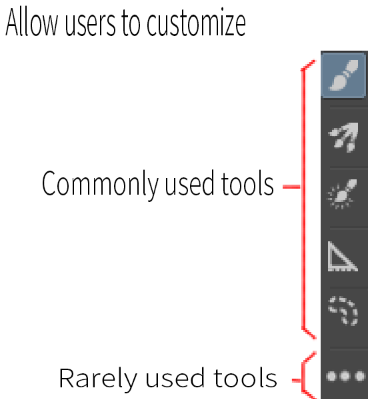 My English is poor, this is Google Translate.

It’s actually a kind of crosspost from the thread about other toolbox(toolkit) but I’ve tried your’s as well and since both toolboxes has alot in common I’m thinking it would be useful to post by thoughts on certain things here too.

In general this kind of toolboxes are great addiction to touch-only workflow but there is a couple of things that would be great to see there.

While using it as a touch-only thing it would be a great thing to have is to ability to deselect (all) since while selection tools are here in the toolbox there is no way to deselect other than to go to the select menu on top.

And the ability to undo/redo(and maybe size/opacity sliders) from the same toolbox panel would be nice too, although not as much of a need as a deselect button.

Anyhow it’s a great plugin and thank you for working on it!

CoolBox is a great plugin that should be considered as a default as it follows the KISS principle. For me it is just one click away from being just perfect:

IF brushtool NOT selected WHEN brush preset clicked THEN select brushtool

This would streamline the Krita workflow as it is implied when you click a brush preset you need a brush.

Thank you for producing a plugin that enhances an already elegant and intuitive UI.

I was thinking about it, but have to restructure the code a bit

Undo/Redo is already in the roadmap, deselect all would be a nice addition too.

I’ll be honest it’s nice but for myself I’d say the icons are really huge on the screen. Krita is already not doing the best job takign space in consideration so is there a way to set size in some reasonable manner please?

So cool!
i have a bug, doesn’t appear the options!! 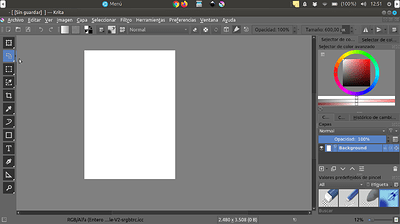