How to improve quick editing/use of assistants?

There are two scenerios that assistants are a bit wonky to use currently. I have some ideas but none of them is very good, and even research in other programs didn’t help much.

So I’m looking for fresh ideas how to improve access to assistants in those two scenerios:

This could be resolved by buttons on the toolbar, or some new widgets on the canvas visible even when the brush tool is used, or new shortcuts, or new docker, or any other thing GUI-wise that you can think of. Probably some of them would be impossible to do (and quite a lot might require full rework, which I’m not going to do right now), and of course I couldn’t implement five ideas that contradict each other, but still, having ideas to choose from is better than just implementing the first one.

Right now the more ideas the merrier, because I need some inspiration… later I will show some solutions I already came up with in case they can be improved or spark new inspiration, and then some best idea will be selected and implemented, hopefully (though, as usual, the process might change).

(scenario 2) I would be glad to see docker “assistants” similar to the docker “layers”. All existing functions, but adapted to “assistants”: renaming, grouping, hiding, blocking, isolation of one active “assistant” (or group).

And after thinking more… it may be easier to add “assistants” directly to the layers panel. This suggests the possibility of linking the assistant’s activity to certain layers (groups) or globally, by analogy with the “global selection mask” and “local selection mask”.

For some reason it seems to me that assistants can quite organically fit into the layers panel.

(scenerio 1)
I have no solution for bezier curves right now. But in general a hotkey that makes the brush snap horizontally or vertically (depending on the direction you draw in) would be really great. So pretty much as if you would hold down V and Shift. So I paint, want a straight line and then press the key and draw my straight line (or hold the key down, we’d need to discuss that further I guess). Just like it works in Photoshop when you hold Shift while using the brush.

(scenerio 2)
Maybe like in Blender, while drawing (in Blender moving, scaling or rotating an object), with an active assistant you could constrain the brush to move in X, Y or Z with the fitting key on the keyboard. Or toggle through active assistants. So Krita keeps the last selected one “in mind” and indicates it through some kind of highlight, but lets you switch to others.

Assistants in the layers panel sound cool, I’d need to deep dive a bit more into that idea tho.

For scenario 2, I agree with @EyeOdin 's idea, that some kind of gesture towards the VP desired would be ideal. It could be thought of as a circle menu of sorts, where, once triggered, a “point” appears where the user’s cursor was, and the UI highlights the VP the user nearest to where the user is pointing to, relative to the centerpoint. The selection is made by releasing the hotkey, I think. Or pressing again, I think people have different preferences here.

It may not be strictly necessary to draw anything except the highlighted VPs on the screen, but showing the centerpoint used to calculate the direction for the user’s gesture would probably be helpful.

Being able to name the assistants would be quite helpful in cases where there are a lot of them.

A while back there was a cool little tool by Epic Games called “Carapace”, where you could load images and create perspective lines/VPs. (No longer developed as far as I know, didn’t see anything about it for at least 4 years now).
Just for inspirational purposes, here’s a video showing it. I post it because the tool is completely based on hotkeys. Maybe there’s something as a starting point, UI/UX wise. The tool’s source code was released, too if that is of any interest.

And another link with useful info about the tool.

There is a little free program called Carapace 2 which was made by Warren Marshall. Warren developed the tool while working at Epic games. The program can be downloaded in the description if you visit…

To answer your scenarios:

Some more quick ideas while you’re working on assistant that I can flesh out or post a new thread on if you’d like:

While I agree on many things, I’m not sure in removing the mirror buttons from the top bar and also on the topic of renaming very well known things like fish-eye. 95% of all people will speak of fish-eye perspective instead of 5-point perspective. If anything, I would make the names “complete” by adding the info of 5-p-p to it.

“Toggle Snap to Assistants” in the toolbar could be visible in the default interface since so you wouldn’t need to go into the brush tool options all the time. I know theres a shortcut (Cmd+Shift+L) but a symbol would be good for a noticable check while using it. Would just need a new icon, right now it only shows “Toggle Snap to Assistants”, takes up just too much space. With a highlight (like the mirror buttons for example, they have a blue background when activated in my theme of Krita).

I think we can already go a loooong way with simple tweaks without much code involved.

95% of all people will speak of fish-eye perspective instead of 5-point perspective.

Horizontal and Vertical mirror options should be removed from the top bar and made into a ‘mirror’ assistant, which can be placed down at any angle. They may be functionally different to an assistant code-wise, but artists view them the same way and expect to find them in the same place.

Just for informing, mirroring with any angle can be achieved easily with multi brush tool. There is a mirror option in it.

I also do not agree with removing the mirror buttons from the toolbar.

Fair enough, I had forgotten about the multi brush tool.

The only and only way to make things much much much faster, is

I think Krita already has better.
Carapace doesn’t support distance in perspective while Krita does with its perspective grid tool and 2-point perspective tool.

Linking the assitants to the layers panel seems like a very nice feature to me. 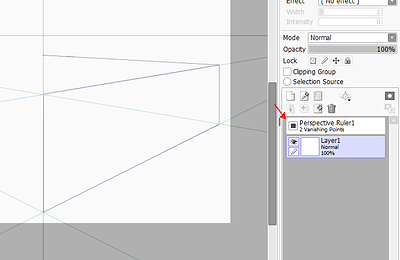 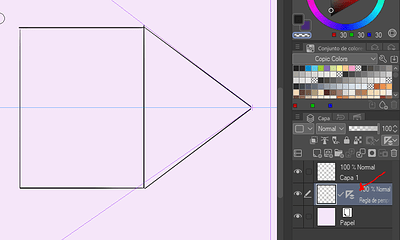 Doing that they can be easily deactivated without the need to change tools.

Can you please tell me, it’s Clip Studio Paint and what else?

You can try the latest version of Paint Tool Sai here:

Don’t worry, it’s not trial time nor does it require registration, it just doesn’t let you save, so you can see how the perspective rules work.

To add a perspective ruler just click this button. 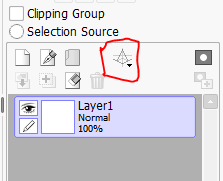 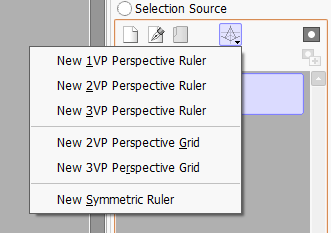 I hope this can be of help.

:o Somehow, I literally forgot that SAI exists. I guess I kinda merged SAI with CSP in my head :o

Thanks! Especially for the link. I’m not sure when I’ll be able to check it out though. But might be useful.

Scenario 1: A ruler mode, if you enable this, you get a single assistant that all other tools will use. Think of it a drawer from which you pick a ruler/ or curve guide. It creates only one type. Just like Sketchbook’s ruler, ellipse and perspective tools. They can get a toolbar button each to enable/ disable them. If you activate one, any of the others is disabled.
If you want to create a more sophisticated setup, you use the assistant tool instead. So two tools, one for simplicity (easy to use activate and forget) and one for complexity (harder to set up, but a huge time saver in the long run).

As a workaround for 1 (not a replacement): there could be a predictive stroke mode, which is a post-processed brush smoothing. This is usually done for vector brushes, but also works for pixel brushes as you can see here in the Sketchbook documentation: Steady and Predictive Stroke - Sketchbook.