Imagine Board is a Krita plugin to browse images and create image boards. 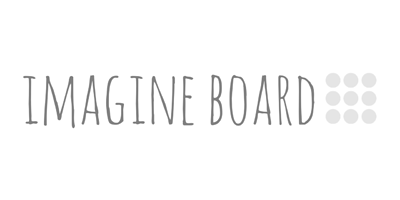 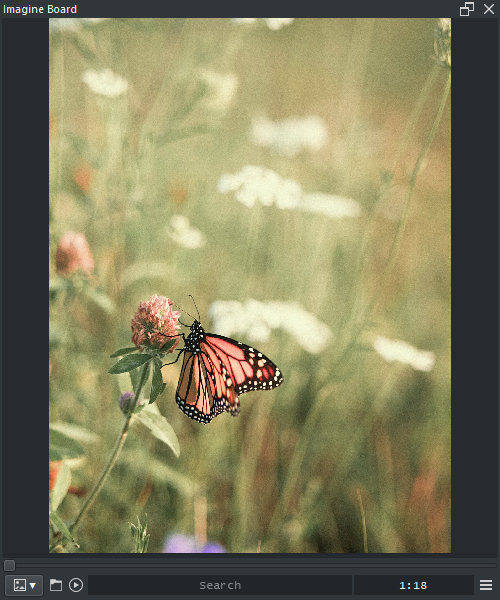 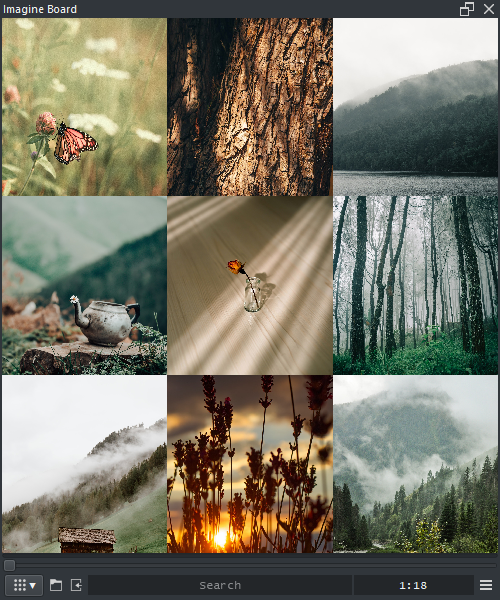 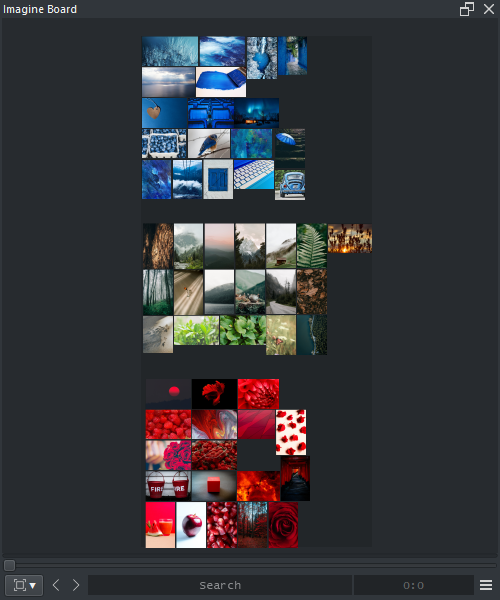 If your inclined to fall asleep hearing me talk about this you can watch a video demo on the features listed in the manual. I thought making a video was especially relevant in this case because of the various factors in play and the order of operations when using Function to alter files in batch.

In case you need some image files to test stuff out here is a zip file with some to organize: 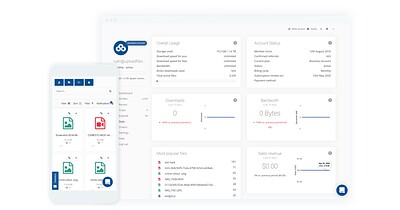 Download TEST FILES.zip for free from ufile.io instantly, no signup required and no popup ads

I hope it is enjoyable and if there is something wrong tell me about it and I will try to fix it.

@EyeOdin - This is so helpful, especially during gestures studies. Thanks for making and sharing this plugin.

So after I launched it and being unsatisfied with the fact that my gifs failed to load in the forum despite being hosted on github, despite in the preview working perfectly. I decided to make a tutorial video to replace it. In the video I went through every feature in the video and made a show case of the docker and on how to use the file management stuff, basically what is on the manual. As I was recording I kinda hit a wall were stuff were suddenly things were not reacting as they should because of the different situation, and I still think a couple might pop up that I am aware, like when you save. Gotta read how to detect when Krita saves somehow if it is even possible.

However I fixed stuff and I am even pondering lifting the unstable warning.

@Jaivu I am really happy it is useful for your studies.

Great update @EyeOdin. Is it okay if I can request a feature?
Is it possible to save a list of favorite folder directory? Like every time you launch Krita Imagine Board still load the previous directory used?

It’s quite okay too say ideas. I always listen to ideas, but does not mean I accept everything as default.

I want to do that I just did not place it to be safe because I was a bit unsure of stability. But I think I got it there though. I just have to use it a bit to be sure, I kinda fixed that loop bug faster than I was expecting to solve it.

@Jaivu well so I was doing a new idea and pushed the save system up too. I kinda feel hopeful all is working good enough for saving not to cause problems.

@EyeOdin - Awesome update and thank you for implementing the save session directory. The new function you added is so super neat!

Thanks. Hopefully the new tweaks I made hold up and are usable.

I would eventually have to make that function because returning to an old folder and having to rebuild the keyword list was proving to be annoying and time consuming. And the less work the better

Small update for quality of life.

Time in hh:mm:ss instead of just seconds:

When search has no hits, it does a empty display, but has zero images on hold:

When folder is cursed, it does empty display, but has images on hold they are just nulls:

Has this been tested on Linux? I get “IB load | error” on startup and nothing appears to happen when I select a directory. I am using Debian sid with the 5.0.2 appimage.

No it hasn’t been tested on Linux. I don’t have Linux to test it on without going into my bios to swap.
All paths should be normalized to each OS and it should be read as it is constructing for Windows.

Do you see the UI? Do you have non standard characters on the path you selected like Kanji or similar characters?

“IB load | error” only means you dont have settings to be loaded or the load failed, the attempt was made and it failed.

The UI works and I’m not using any quirky paths. This is all I see after selecting a directory with the button:

Have you considered running Linux in a virtual machine (VirtualBox etc.) for testing?

Have you considered running Linux in a virtual machine (VirtualBox etc.) for testing?

I will take a look into it.

Let’s say I want to select a directory located at /home/name/Desktop/junk.

When I select that directory, the tooltip for the directory button will read “Dir: junk”. Does that seem to be working fine to you?

if the ToolTip shows the name of the directory it is open successfully. or should be. you have image files inside the folder?

I do have images in there.

I tried a bit of print debugging, and print(self.directory_path) when used in Folder_Open() in imagine_board_docker.py will print “/home/name/desktop/junk”. Could it be a case sensitivity issue?

EDIT: It appears that it is. The display will work with a folder located at “/home/name/junk”.

well VirtualBox does not work. I did the tutorial and tried with Debian and Ubuntu and both failed to boot. not that it really surprises me.

@tom I commented one line out on github. try seeing if the paths work now.

Doesn’t seem to have resolved the issue, sadly.

I will have to create a USB pen then. I will take a bit.