Probably one of my favorite features in krita is called “show color selector”. Basically it allows the user to open popup with color selector wherever the cursor is with just one keyboard shortcut (default shift+ i). For those who have never seen it I, made a GIF. Note that this feature is already in krita, probably for years.

out1024×576 1.07 MB
Why I think it’s better than its alternatives - default docker and RMB popup?
The first one requires you to do big movements with your hand on every change in color. It’s such a basic thing for me , and I do it so often, many times before I get the right color, that it’s kind of tiring, especially with a large tablet. Floating docker on the other hand, covers a part of screen, and might cause troubles with desktop.
Popup on RMB is great, but often too small for precise pick, and forces the user to use triangle picker. So basically “show color selector” is the solution, as you can customize size, selector type, and have it pop up only when needed (it inherits the setting you would set in the docker).

But I notice that nobody really uses it/knows about it. I found it only by accident, as the only way to get to know about it, is to find it in keyboard shortcuts in settings or accidentally pressing shift + i (and that requires a lot of luck

)
What I mean, we have a wonderous feature in krita, that probably gives us advantage over other painting apps, but even regular users rarely know about it, as it is so hidden as it can be.

I have a couple of ideas how this feature could be made more recognized and enhanced:

Making it easier to find for users:

Other enhancements:
3. Currently the popup disappears when you move your mouse out of it. For me it is actually quite annoying, as I think the default way to close it, is with keyboard input (which is already one of the ways to close it). I already found in code (kis_color_selector_base.cpp, line 314) this popup can be made to stay just by removing one line of code, that closes it (I compiled krita and it works as expected). Then there are still many ways to close it: middle mouse button, keyboard input. I don’t want to make any changes in code before approval of the community, but this seems quite easy to change.
4.I thought about making it appear when key is pressed, and hide when the key is released. I kind of made it work in code (with a very brute-force way), but right now I’m not sure if it is so much better as I thought it would be

Anyway, thank you for reading this post. I’ll make a survey to get some feedback what you think about this feature and ideas - especially this part that could be easily changed. Feel free to expand your point of view in comments.

Great post! I should probably use it more than I do!

I agree that it should be more discoverable, or mapped to something easier to reach by default! Maybe Krita would benefit from a “fun/useful tips” section on the start menu that takes you to a section like that in the Krita Manual?

I was thinking about some kind of " interface tutorial" on first opening of krita, but this idea with some tips on starting page is really great

To make it not close so suddenly, I think that this feature can be improved by doing 1 simple tweak!
Adjusting the color selector from this: 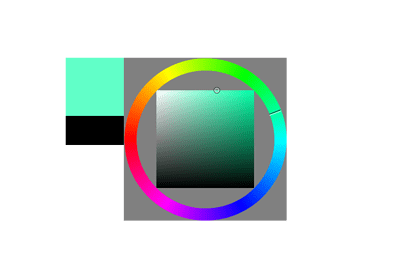 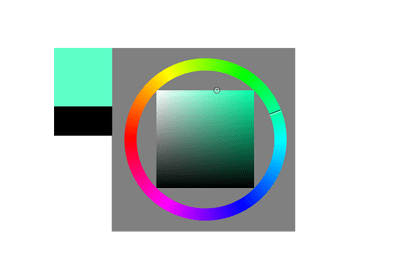 This way it both have a nicer and less cramped design, but also becomes a bit more forgiving and won’t accidentally close as easy!

Yes, I also thought about it but too, but I thought, that with those borders it looks a bit worse. There are many possible solutions - the border doesn’t have to be visible (being only the area, where mouse don’t hide the popup), there can be done sort of timeout and so on.
For me personally the best solution was to remove this hiding property fully and write some code to make it desapear on click outside the popup, instead of just hovering. But both this, margins (visible or not) fixes that problem.
By the way there is some area for improvement in case of design, as this could be made round and more similar to RMB popup, but I didn’t want to talk about it as it’s a lot more work, and surely I cannot do that.

to make it desapear on click outside the popup

That would be best, hiding the area would confuse some as they would move mouse slightly away and expect it to close but it won’t, there won’t be a explanation or UI hint that the area is bigger or where the area ends. Clicking outside and closing it seems a good definite action.

Thank you. To me it seemed like the best solution in terms of being predictible and possible to code.
I’ll try to check how those QT mouse and keyboard events work exactly, and maybe try to code it…

Yes the default key binding is not very convenient, and not something you’d discover by accident (in contrast to some others that kept messing with my workflow so I disabled them).

While I eventually found that feature, I don’t really use it, part of it is indeed the elusive behavior. But mainly because I’m probably a bit weird and despite being a leftie, I use the mouse with my right hand ever since. Pen+mouse are my primary inputs and my keyboard is less convenient to reach so I prefer to use the docker, my keyboard usage is 90% single-key binding that I can use with the pen in hand, and others just had priority to be convenient for me.

The docker does take precious space though that I have to swap with tool settings ever so often, so still looking for the best solution.

Note that the popup palette can use other selector types with an undocumented kritarc setting, but it has a number of quirks still, and as mentioned, is rather on the small side. But the popup palette is something I’m working on lately, some more user settings are on my wish list too.

@wojtryb Much like you, I was a bit annoyed by using either the tiny color selector in the pop-up palette (right click) or having the advanced color selector docker take up a lot of screen space. This was one of the main reasons that lead me to create a plugin that offers a compromise between the two!

By default it lets you access the full “advanced color selector” by pressing an on-screen button, and then it automatically hides once you click the canvas (not as soon as the cursor leaves the color selector).

If this sounds interesting, you can find more info and a download link to my plugin here

KanvasBuddy 0.4 A minimalist toolbar for Krita [KB Main] What is KanvasBuddy? KanvasBuddy is a Python plugin made for Krita, a free professional and open-source painting program. KB is a small dialog that floats on top of the canvas packed with enough features to let you spend as much time in Canvas-Only mode as possible. The idea behind KB was to provide the 20% of tools used 80% of the time in the most out-of-the-way GUI possible. Its features are very similar to that of Krita’s own Pop-Up P…

(It’s all free and open-source)

@Lynx3d Thanks for commenting. What I love about krita is how customizable it is, giving you a lot of alternative ways to access core things. One of the reasons why I started this pool was to get to know what part of community uses color selector popup, would use if they knew about it, and want some changes in default behavior.
I know that there are more color selector types, and this file is used by all of them, but what I propose seems to be useful in all of them at this point.

@Kapyia Thank you for your proposition. Of course I have heard about your extension, but haven’t tried it yet, mainly as I prefer keyboard shortcuts over GUI. I didn’t know, that KanvasBuddy gives access to that selector, as well as I didn’t know, taht you can somehow get access to Qt events from python scrit. I will have to analize your code more carefully, to learn what I can do with plugins.
At first try the extension didn’t compile on linux. I’ll try on windows a bit later. No matter if it works or not, I still think, that the selector in krita itself would benefit from little changes on the way it closes.

Nice thread, I started using this feature immediately as I started using Krita. It felt so quick and natural to get a color picker right under my pen tip when I want to. I just reconfigured it to Shift + A, so as a right handed person I can quickly change the colors using my left hand on the keyboard, and the pen. I have to admit that at first I was surprised when it disappeared, but I got to use to this, and now it is easier to close the window with leaving it than clicking or pushing buttons, though I am not against making it permanent and closing it with a click or something. Maybe a click would cause unwanted lines/dots on the canvas. Probably a timer would be easier, when the stylus leaves the area, after 1-2 seconds it closes.

Similar for me - as a right handed I mapped it to shift+z. Considering the popup can by closed by any keyboard input (for example the same as you use to open it (I usually press shift) I personally don’t like to do big pen movements to close it.

Heh, I went with a similar, but simpler, shortcut. Z on it’s own was unused, so I mapped it to just that.

I’m so glad to have came across this thread though, as I had never seen that picker before just now, and it’s sooo much better than the MMB pop-up if only because it uses my preferred square in circle picker.

The more I think about it though, I might actually prefer to have this on the MMB and put the other pop-up on Z. Since I change colors way more than I change brushes. So I guess it comes down to if my stylus buttons or a keyboard shortcut are more efficient, kinda hard to say really.

Z on it’s own was unused,

I use the same for this tool