Problems with Round Soft Brush

I had always problems with creating Round Soft Brush even basic airbrush feels too hard.
I want to have brush similar as on example #2

There are 3 Brush tips to choose from: Default, Soft, Gausian.
Default and Gaussian initial dabs are to dark so i went with Soft (#1, #3).
But there problem. Softness Adjustment curve window is to small and its hard to get precise Falloff. 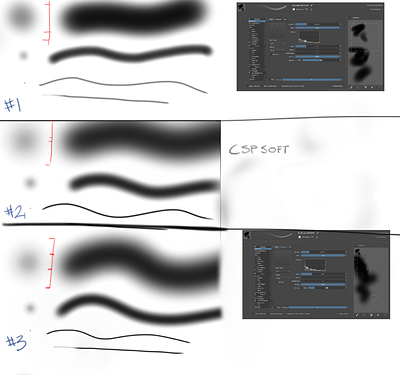 Adittionaly there are some artefacts in krita where stroke values are not really smooth.
300% zoom stroke #1 Krita 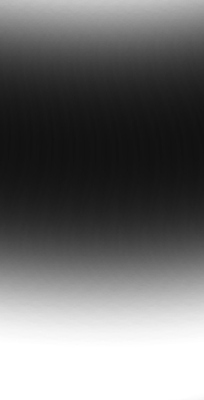 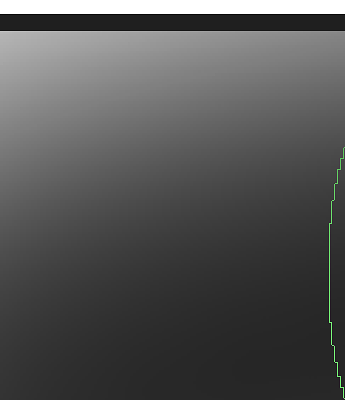 Do anyone have ideas how to setup good looking soft brush?

The artifacts will look better if you choose a higher bit depth - 16 or 32bit color spaces.

yes the curve widget being so small also annoys me, especially since there seems to be plenty of space to make it at least as tall as it is wide. Maybe I can change that without breaking something.

I also have the impression the default airbrush curve does not fade out as smoothly as it could/should, but you just can’t judge it properly with that tiny curve.

As for the dabs in gaussian being too dark, you can lower the flow, which makes me wonder why the preset doesn’t just use the curve’s y-range fully and use like 40% flow instead.
Maybe because flow works differently in airbrush mode (which ironically the airbrush brush preset doesn’t activate by default)

That is a problem I have encountered and there is a wish bug too for this. Krita needs better dithering to solve this. Because even if you use high bit depth as suggested by @tiar, eventually you will reconvert it to 8bit to share on web and it then gets the artefacts again.

@Lynx3d Would be cool to have bigger curve window! to get soft edge brush you constantly fighting against spacing. Brush dabs add to eachother and make edge hard. Suprisingly if you change to 16-bit Gaussian brush tip is really soft. I’ll test it with flow.

@raghukamath Oh! Well i guess we have to deal with it then. Its only problem when i feel like painting with soft brushes. I usually use textured brushes.